Watch: Holograms are the Next Biggest Tool for Video Conferencing 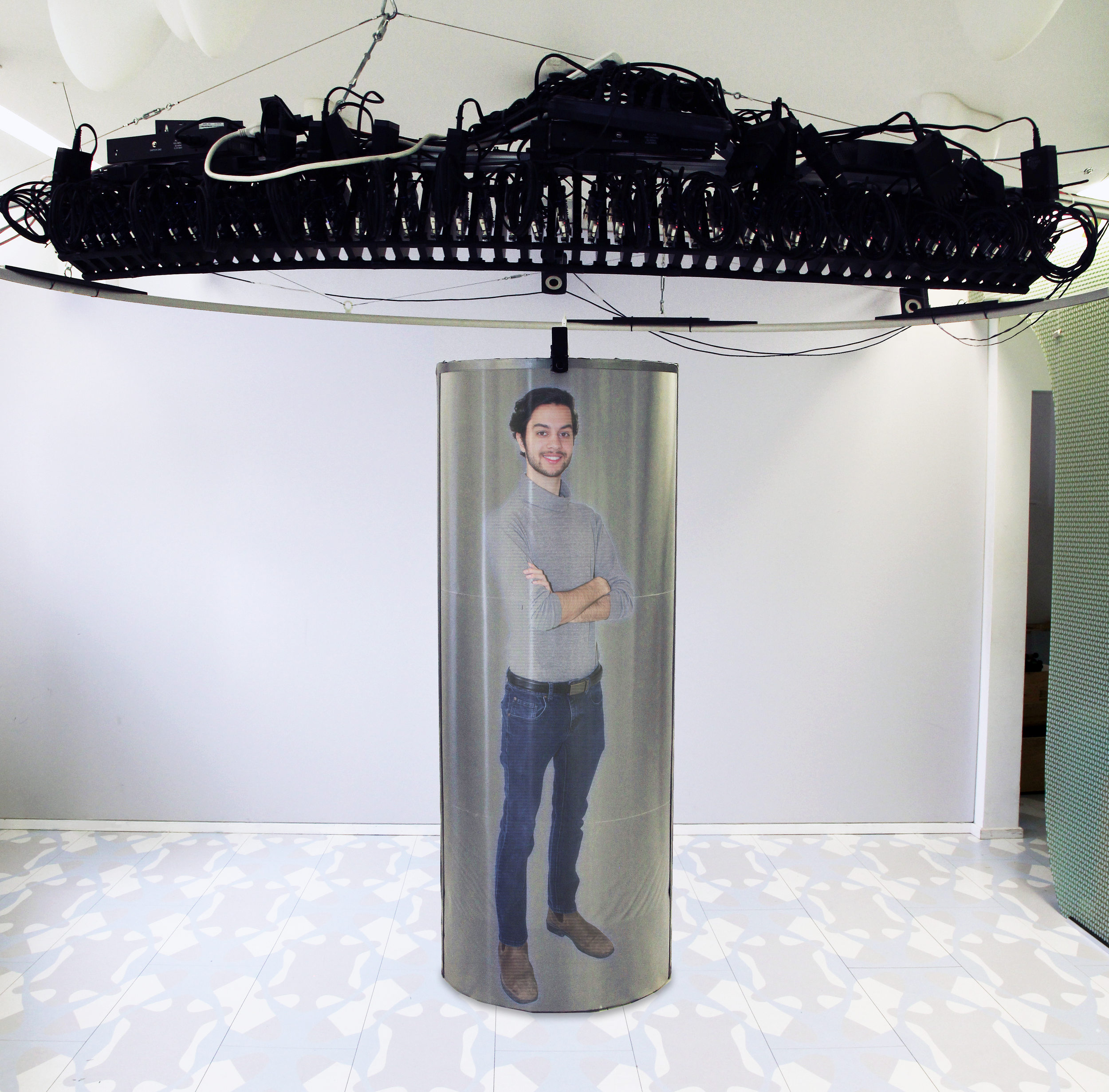 "People often think of holograms as the posthumous Tupac Shakur performance at Coachella 2012," said Roel Vertegaal, Professor of Human-Computer Interaction at the Queen's University School of Computing. "Tupac's image, however, was not a hologram but a Pepper Ghost: A two-dimensional video projected on a flat piece of glass. With TeleHuman 2, we're bringing actual holograms to life."

The TeleHuman 2 system is a ring of intelligent projectors mounted above and around a retro-reflective, human-sized, cylindrical pod. This system has been able to project objects, like light fields, that can be walked around and then viewed from all sides by multiple people. The team ‘teleported’ live 3D images of a human from one room to another by capturing the remote 3D images with many depth cameras. The display projects a light field with many images so every possible viewing angle of the hologram is covered. The system doesn’t require 3D glasses or an augmented reality headset to see the image the system is displaying.

"Face-to-face interaction transfers an immense amount of non-verbal information," said Dr. Vertegaal, who is also the head of the Queen's Human Media Lab. "This information is lost in online tools, promoting poor online behaviors. Users miss the proxemics, gestures, facial expressions, and eye contact that bring nuance, emotional connotation and ultimately empathy to a conversation. TeleHuman 2 injects these missing elements into long-distance conversations with a realism that cannot be achieved with a Skype or FaceTime video chat."

In order to test the angle accuracy of the system, users were asked to judge angles at which a robotic arrow was pointing while they were in the room and when the arrow was shown using the TeleHuman 2 system. The results of the tests showed that the angles between the real and virtual image were not wildly different.

"In a professional environment like a meeting, our latest edition of TeleHuman technology will do wonders for attendees looking to address colleagues with eye contact or to more effectively manage turn-taking" said Dr. Vertegaal. "But it has potential beyond professional situations. Think again of a large music festival, and now imagine a performer capable of appearing simultaneously, and in true 3D, on TeleHuman 2 devices throughout the venue — bringing a whole new level of audience intimacy to a performance. The TeleHuman technology could even mitigate environmental impacts of business travel — enabling organizations to conduct more engaging and effective meetings from a distance, rather than having to appear in person."

The TeleHuman2 will be displayed to the public at the ACM CHI Conference on Human Factors and Computing Systems in Montreal, Canada on April 25, 2018.