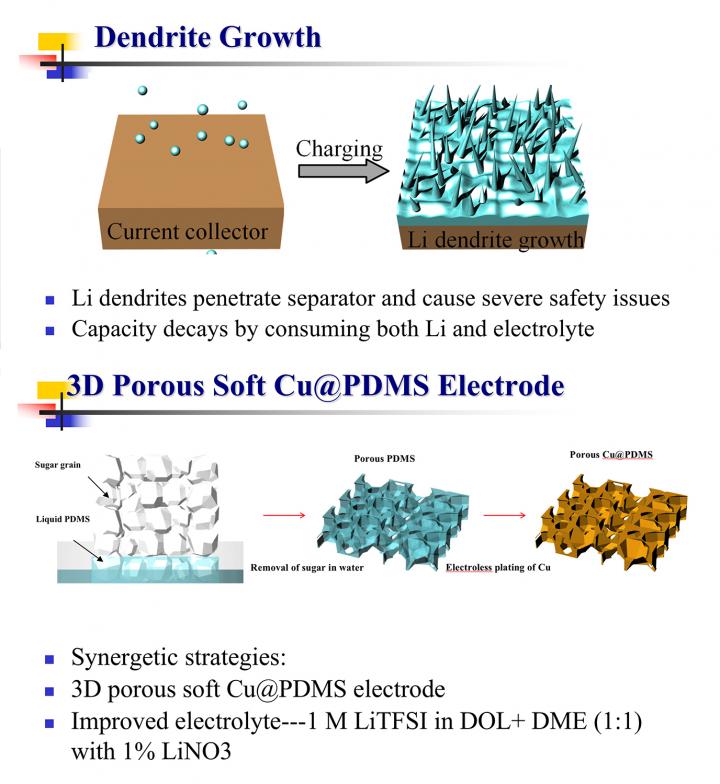 While these batteries are promising, they are not without their problems. The biggest issue keeping lithium metal batteries from wider use is the often uncontrolled dendrite growth. When a battery has dendrites, the result is poor recharge capability and safety hazards.

Dendrites are needle-like growths that show up on the surface of a lithium anode. Dendrites result in side reactions that lower the energy density and that can sometimes cause shorting of electrodes -- a huge safety hazard.

Hanquing Jiang, a professor from Arizona State University’s School for Engineering of Matter, Transport and Energy and lead researcher on the paper, said, “Almost all metals used as battery anodes tend to develop dendrites. For example, these findings have implications for zinc, sodium and aluminum batteries as well. We already know that tiny tin needles or whiskers can protrude out of tin surfaces under stress, so by analogy, we looked at the possibility of stress as a factor in lithium dendrite growth."

During initial research, the team added a layer of PDMS to the bottom of the battery anode. This was the first step that significantly lowered dendrite growth. This was directly related to the fact that stress from the lithium metal is relieved from the wrinkles that the PDMS forms. This discovery gave the researchers more insight into how dendrite growth works.

Through this research, the group found out how to utilize dendrites to extend lithium battery life and maintain high energy density. The key to doing this is giving the PDMS a 3D form with plenty of surface area.

"Envision sugar cubes that contain a lot of small internal pores," explained Jiang. "Inside these cubes, the PDMS forms a continuous network as the substrate, covered by a thin copper layer to conduct electrons. Finally, lithium fills the pores. The PDMS, which serves as a porous, sponge-like layer, relieves the stress and effectively inhibits dendrite growth."