Sulfur is the Key to Safe Rechargeable Lithium Batteries

We have come a long way from the leaky sulfur-acid car batteries of our past. Modern lithium batteries may seem great and filled with potential, but they still have some downsides. A team of Penn State engineers has developed a different type of lithium-sulfur battery that could be more efficient, less expensive and safer than today’s lithium batteries.

"We demonstrated this method in a coin battery," said Donghai Wang, associate professor of mechanical engineering. "But, I think it could eventually become big enough for cell phones, drones and even bigger for electric vehicles." 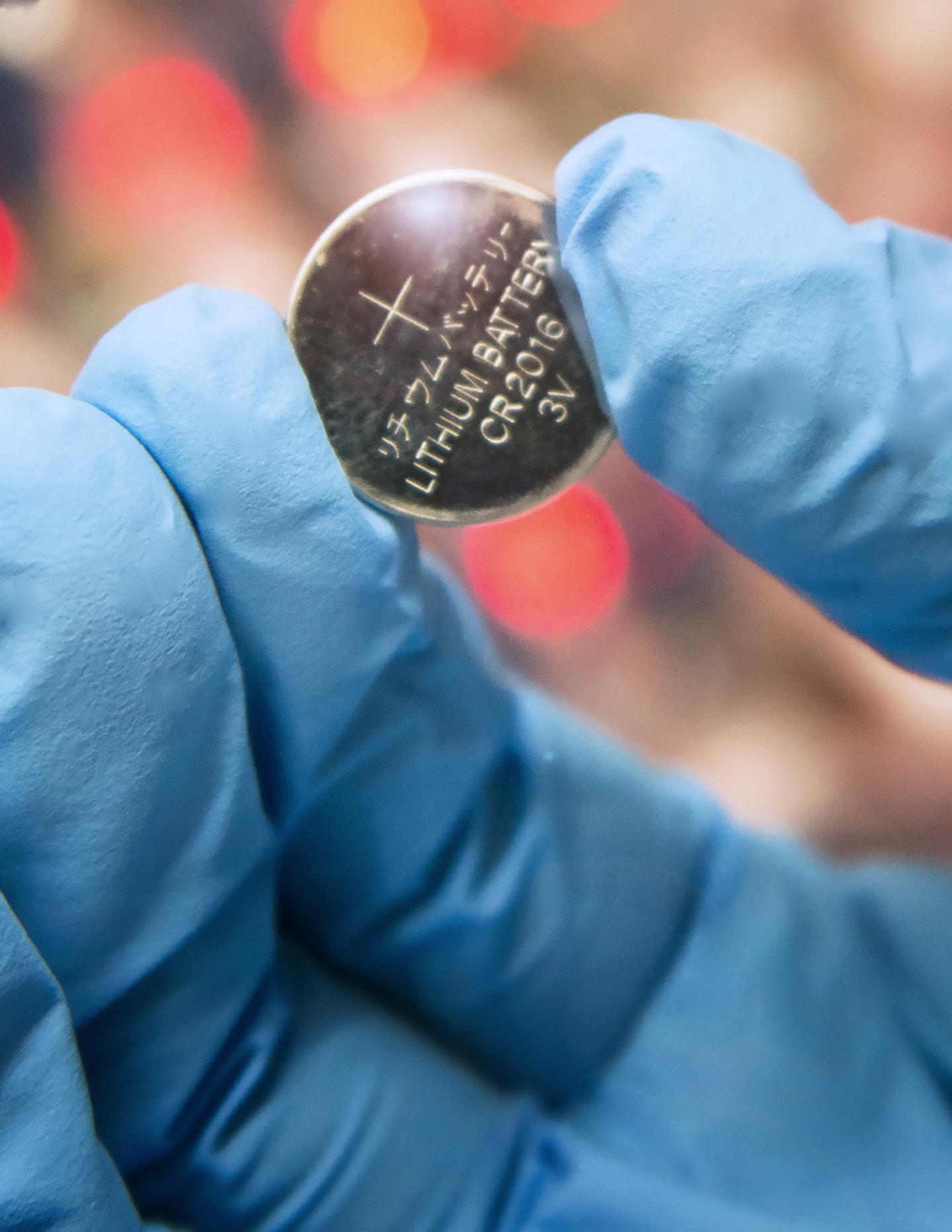 This is one of the lithium sulfur coin batteries being developed in Penn State's Energy Nanostructure Laboratory (E-Nano). (Patrick Mansell, Penn State)

Lithium-sulfur batteries are a promising candidate for the next generation of rechargeable batteries, but they also have their problems. For lithium, the efficiency with which charge transfers is low and lithium batteries tend to grow dendrites when charging that won't go away when discharged.

The researchers examined a self-formed, flexible hybrid, solid-electrolyte interphase layer that is deposited by both organosulfieds and organopolysulfides with inorganic lithium salts. The organic sulfur compounds act as plasticizers in the interphase layer and improve the mechanical flexibility and toughness of the layer. The interphase layer allows the lithium to deposit without growing dendrites. The Coulombic efficiency is about 99 percent over 400 recharging-discharging cycles.

"We need some kind of barrier on the lithium in a lithium metal battery, or it reacts with everything," said Wang.

They can create a safer, more reliable battery.

To create their battery, the researchers used an ether-based electrolyte with sulfur-containing polymer additives. The battery uses a sulfur-infused carbon cathode and a lithium anode. The organic sulfur in the electrolyte self-forms the interphase layers.

The researchers report they can demonstrate a lithium-sulfur battery exhibiting a long cycling life of 1000 cycles with good capacity retention.

A paper on this research was published in Nature Communications