Is battery swapping the cure to EV range challenges? 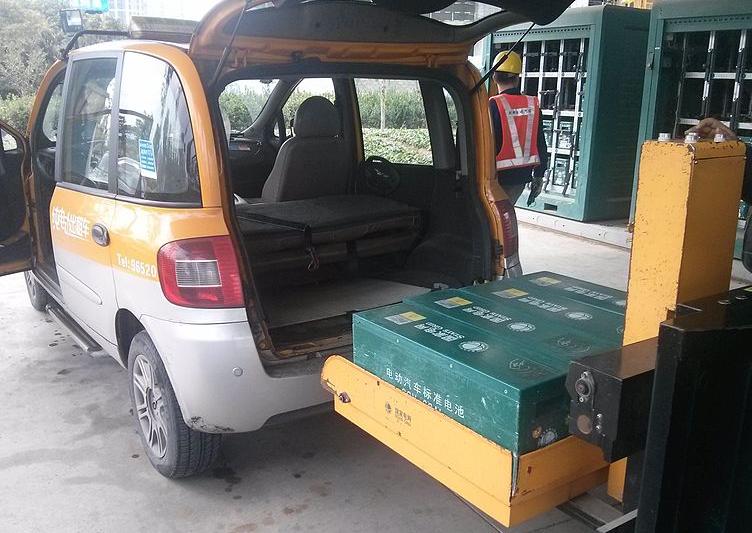 The time to charge an electric vehicle’s (EV's) battery is one of the most cited barriers hampering the rollout of road transport electrification. To overcome the problem the industry and governments around the world are investing huge amounts of time and money in fast-charging infrastructure and technology. However, according to a recent analysis from Lux Research, fueled by recent technical advances, battery swapping offers a workable alternative; particularly for taxis and fleets operating in urban environments.

Instead of rapidly charging the battery, battery swapping solutions rely on physically replacing the depleted part with a fully charged pack or module.

After analyzing the costs associated with the deployment of battery swapping infrastructure in the U.K. and China the Lux Research study, “Cost Comparison of Battery Swapping and Fast Charging for Electric Vehicles,” concluded that battery swapping had the potential to overcome many of the challenges experienced with fast-charging.

So while fast-charging is currently favored by the global EV industry and legislators, interest in battery swapping is growing – particularly in China. According to research firm Prescient & Strategic Intelligence, the country’s largest EV manufacturer, BAIC, intends investing over $1.4 billion to install 3,000 battery swapping stations that are capable of serving 500,000 EVs by the end of 2022.

Over and above the favorable infrastructure investment mentioned in the Lux study, battery swapping also significantly cuts the time to ‘top up’ the EV’s range, and reduces the load on the grid caused by simultaneous, cluster fast-charging. While the time to charge a battery from 10% to 80% at a fast charger typically ranges between 20 minutes and 45 minutes - depending on the battery size, charge voltage and power – a battery swap can be accomplished in 3 minutes to 10 minutes.

Once the depleted battery has been removed it can then be ‘smart-charged’ at a charge-rate that doesn’t compromise the battery’s life cycle or strain the grid.

There are however other less obvious advantages to swapping out a battery – such as seamless updates to the latest battery technology when existing batteries become obsolete or outdated, and the option of updating the battery size to the range required, on demand.

By adopting a modular approach, California start-up Ample is capable of adapting the battery capacity to the vehicle’s operational requirements at any time by increasing or reducing the number of battery modules swapped out.

To achieve this, Ample’s technology has two major components. A fully-autonomous swapping station that removes depleted battery modules from the car and replaces them with fully charged ones. The depleted battery modules are then placed on shelves where they are recharged. Second is a modular battery architecture that allows for any EV to use Ample’s stations. The batteries are made up of ‘lego-like’ modules that can accommodate any vehicle, regardless of size or model. The swapping takes less than 10 minutes.

While Ample hopes to make this a universal application across platforms from different manufacturers, the battery housing on the car does have to be designed to accommodate standardization.

Ample has yet to ramp up its service, but the longest standing proponent of the battery swap, Chinese EV manufacturer Nio, has completed more than 2,000,000 exchanges through its network of NIO Power Swap centers – growing the number of changeovers by 1,500,000 in less than 10 months. NIO Power Swaps have so far powered more than 250 million miles of driving.

As an OEM, Nio is not only offering its customers a quick range-boost, its “Battery as a Service” subscription plan also reduces the up-front cost of ownership by about $10,000 through removing the cost of the battery from the vehicle’s purchase price. By offering the option of leasing the battery the company has overcome another often-cited barrier to EV acceptance – the high initial purchase price.

Currently, a 70 kWh pack with six swaps per month is priced at about $142. For those who don't want to swap batteries but still need the pack, the cost is about $12 a month. It's cost-effective, convenient and a quick way to get an EV back on the road especially during a long trip.

To swap a battery at a NIO Power Swap center the car is raised on a hydraulic lift where laser-guided wrenches unscrew the bolts securing the battery case before removing it from the car. The depleted battery is transported away to be recharged, and a fresh one is installed. Enabled by more than 500 patented technologies, the process takes less than 5 minutes.

Notwithstanding the significant benefits battery swapping offers manufacturers and consumers, it faces several challenges to its mass adoption.

The fundamental flaw in the technology has persisted ever since Israel-based Better Place signed a contract with Renault to fit a swappable battery to the 2011 Fluence ZE. This early system added 80 miles in about 10 minutes rather than taking hours to recharge the battery, but the company failed to persuade any other automaker to design and produce vehicles with a standardized battery system. This is a problem that continues to this day.

And as EV manufacturers embark on a program of vertically integrated manufacturing and increasingly view the battery as intellectual property that differentiates the brand, standardization is even less likely.

To further complicate standardization, battery cell chemistry and format are carefully selected for specific vehicle applications. For instance: Telsa may select the 4860 format with high-nickel cathode chemistry for its energy density and possible load-bearing capacity as a structural member while another manufacturer may specify a lithium iron phosphate pouch cell for a cost sensitive application. As a result, it would be functionally impossible to standardize across platforms. And of course a move to “battery in frame” designs would likely make any form of battery swapping impossible.

What is more, modern packs are designed as integrated, stress-bearing structural elements to save weight and pass rigorous crash testing, making them application-specific.

Taking all of these significant and seemingly insurmountable challenges battery swapping faces into account, many commentators are questioning whether the 10-minute range-boost is reason enough to pursue the idea.

This breakthrough means that global automotive manufacturers will be able to use StoreDot’s extreme fast charging (XFC) batteries, which deliver a 50% reduction in charging time at the same cost, in both pouch and cylindrical cell forms. Both formats are undergoing scale up process and will be ready for mass production in 2024.

So with the window of opportunity for battery swapping rapidly closing, the proponents of battery swapping may have to refocus on strengths other than rapid ‘replenishment’. Battery leasing, flexible on-demand battery-pack capacities, and control over the charging process could still see the technology find support from fleet operators and niche manufacturers.