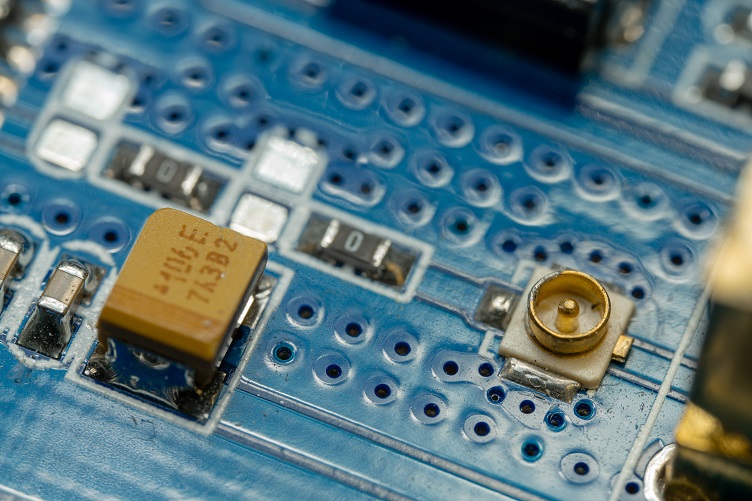 Chip antennas are preferred to get better efficiency and performance without using much board space, but their cost is high due to the additional supporting components required for these antennas. Source: AdobeStock

High-speed designs demand a highly efficient RF chain, especially in the urban environment where signal absorption is obvious. An antenna is one of the most important components in the RF chain. It helps maintain wireless connectivity.

When the main goal is to keep the system cost low, then printed circuit board (PCB) trace antennas are preferred. Their cost is low because a PCB trace acts as an antenna. Trace antennas usually need a large board space, especially at low frequencies. Chip antennas are preferred to get better efficiency and performance without using much board space, but their cost is high due to the additional supporting components required for these antennas. This article discusses the important design considerations to keep in mind while using these types of antennas.

It is complex to design, implement and tune a PCB trace antenna. The size of the antenna depends upon the target bandwidth frequencies. There are some advantages of using these antennas. They are low cost and perform appropriately. These antennas embed into the PCB during manufacturing. The antenna size is small for frequencies greater than 900 MHz. For low frequencies, the antenna size needs to be increased to keep the signal integrity to resonance frequency.

There are also some disadvantages of trace antennas that make them unsuitable to use in some cases. They are complex to design at low frequencies and they take up more space, which in turn increases the overall cost of the design. Their performance is affected by nearby components because they are highly vulnerable to environmental interferences. Since they are embedded into the PCB, a slight change in antenna design means the PCB will need to be redesigned and manufactured again.

Chip antennas are ideal to use in small products such as cell phones and Wi-Fi routers due to their small size. They can be integrated into the PCB. Their working principle of emitting and receiving electromagnetic waves is similar to other standard antennas. The main difference is their small size that makes them suitable for use inside the small gadgets.

Chip antennas offer other advantages in addition to their small size. They also offer multiple configurations, require less simulation, are less sensitive to environmental interferences and are much easier to tune. However, they have an initial higher cost.

Some major design considerations while using chip antennas are PCB size and layout, ground space dimensions, the RF shielding and the matching circuit. These factors directly affect the performance of the chip antennas.

Following are some important design considerations to keep in mind while using these antennas.

It is important to know about standard available antenna types in the market and how they work under different scenarios. This information could help in selecting the right antenna with the best efficiency, size and price tag.

During the construction of the circuit board, it is important to consider that all antennas should include free space around them where there is no copper traces or ground fill. In the case of chip antennas, it is also important to follow the datasheet. Some other factors that could affect the antenna’s performance include the substrate material used, its dielectric constant and thickness.

The overall performance of the network could decline due to a poorly matched antenna, which could increase power consumption, decrease range and damage communication. However, a matching network is a device used between the transmitter and the antenna that improves power transfer by matching the impedance.

Designers should never copy an existing antenna design of one application for another application. This is because the tuning and radiation patterns change according to the surrounding components. So, it is highly possible that a design appropriate for one application may not work well for another application. The tuning and radiation patterns need to be re-adjusted as the surrounding components change. The length of the antenna and ground plane size will also need to be re-adjusted. So, if a pre-existing design is used for a new application, then it may affect the performance.

Since the world is moving toward wireless products, antenna design has become one of the most important problems. It is challenging for the designer to keep the overall size of the board small without affecting the antenna’s performance. Antenna design should be considered in the early development stages to avoid unintentional delays due to changes in design at later stages.