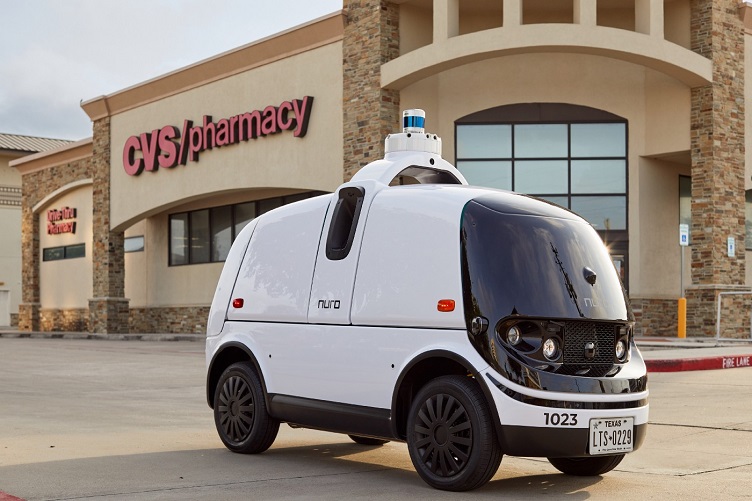 CVS has signed an agreement with Nuro, a maker of self-driving delivery vans, to use its autonomous vehicles to deliver prescriptions and essentials across three zip codes in Houston, Texas.

Beginning this month, the pilot project will be available to customers in the Houston area who can place prescription orders via the CVS website or through the CVS pharmacy app and select the autonomous delivery option.

Once the order has been placed, one of Nuro’s autonomous Prius vehicles will deliver the purchase curbside at the customer’s address within three hours. When the delivery van arrives, customers confirm their identification to unlock the delivery vehicle. The Prius fleet will be used initially for deliveries during the pilot before Nuro upgrades the fleet to its R2 vehicles, which have been customized for self-driving deliveries.

Nuro said this is a steppingstone for delivering goods beyond just food and groceries during the COVID-19 pandemic.

Nuro has made several deals this year for its R2 delivery vehicles including earning approval to test drive the passengerless cars in the Bay Area of California.

Nuro also received approval from the U.S. Department of Transportation (USDOT) and the National Highway Traffic Safety Administration (NHTSA) for a regulator exemption for its R2 self-driving delivery vehicle. The company claims it is the first passenger-free vehicle to receive such an exemption. Nuro plans to deliver groceries, consumer goods and hot food from local stores and restaurants to people in the area during the pilot project.

Last year, Nuro began serving the Houston area in pilot programs with Kroger in order to test how well its autonomous fleet of vehicles could deliver groceries from major franchises.