Nicolette Emmino
Last year, NASA announced that Northeastern University and the Massachusetts Institute of Technology would be performing advanced research and development work on humanoid robot prototypes in order to help astronauts touch down and work on the red planet.

The robot that’s been in the works, named Valkyrie, landed last week at Northeastern – marking the first time that the 6-foot-2-inch, 275-pound humanoid robot has interacted with the public. 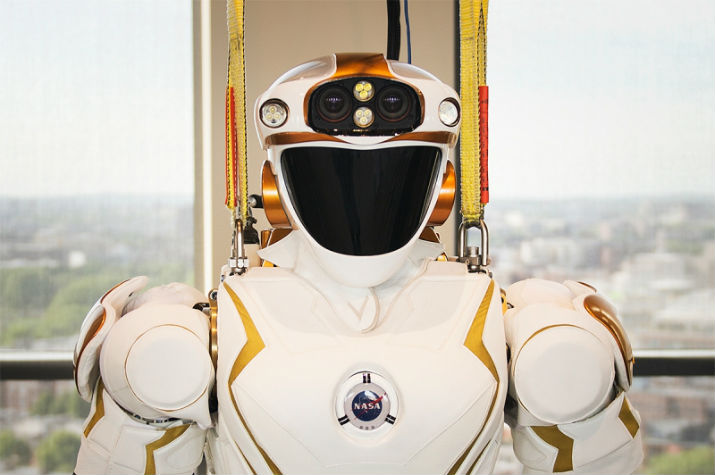 As part of a demonstration presentation, the robot walked across the carpet in the event space, turned to face the audience, and then waved.

“We’re just starting to scratch the surface of what we can do with humanoid robots,” said Taskin Padir, Valkyrie’s principal investigator and associate professor in the Department of Electrical and Computer Engineering. “But I’m a true believer that one day robots will be game-changers in our lives.”

According to NASA, Valkyrie is poised to play an important role in future deep space exploration and could be sent to Mars to complete tasks before human crews arrive.

Now Northeastern researchers, led by Padir will work on the robot’s ability to complete mission-specific tasks like exiting an air­lock, using a ladder to reach Mars’ surface and repairing equipment.

The robot is equipped with video cameras and sensors which help it to navigate its surroundings, as well as the ability to interact with humans. According to the researchers, it won’t be easy to program her to perform human-like tasks.

“From a research perspective, we know that we need to keep working hard on these platforms and these systems so they can be useful,” said Padir. “We are still trying to become good friends with this robot, and we’re looking forward to the next two years and beyond to be able to do that.”