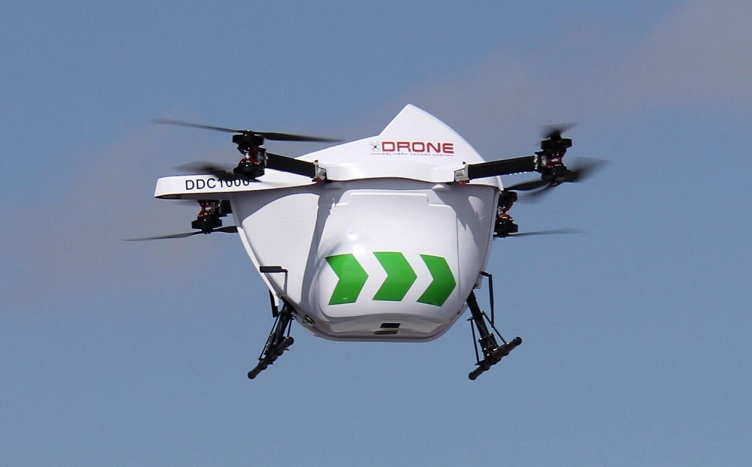 The Sparrow drone has a range of more than 12.5 miles and can carry a cargo of up to 10 pounds. Larger drones can carry more for long-haul, heavy-lift operations. Source: DDC

The Sparrow drone is expected to have a range of about more than 12.5 miles and a cargo capacity of about 10 lb. The drone will feature a new motor configuration, next generation smart battery technology, touchless cargo drop function, public announcement system and an optional aircraft parachute.

The functionality will unlock potential use cases and facilitate future flights over people to open new markets in urban and residential areas for business-to-business and business-to-commercial residential deliveries.

The current Sparrow drone has been operating on pilot projects for both remote locations and urban areas. Recently, DDC opened a new commercialization center to augment its main facility and test range. DDC is also operating its long-range, heavy-lift Condor drone for larger delivery of goods such as medical items.

Additionally, the company is working on ground-based and airborne detect-and-avoid (DAA) systems that will help to open new commercially viable use cases, beyond the visual line of sight (BVLOS) operations, reduce operational costs and meet consumer demand.