Investing in Reality: How to Put Your Money in VR, AR 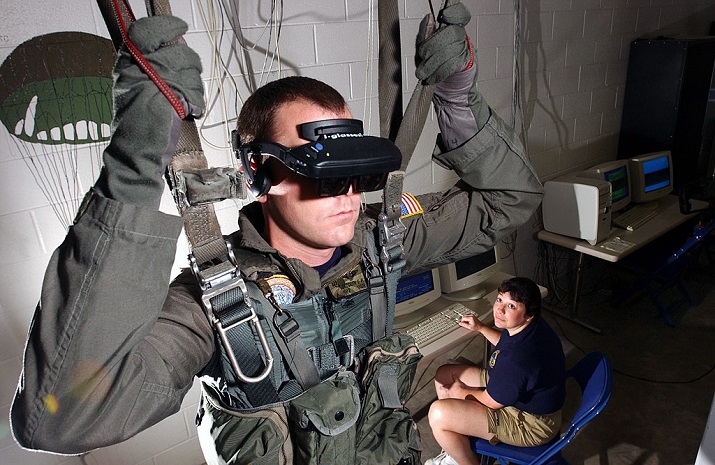 VR parachute trainer at the Naval Survival Training Institute. Source: Chris Desmond/U.S. NavyInvesting in next-generation technologies is always something of a gamble. What seems promising today may never manage to meet its potential, or it could be the next big thing that, a few years down the line, you’ll be kicking yourself for not having the foresight to jump on.

The “reality technologies”—virtual reality (VR) and augmented reality (AR)—are a perfect example. The ability to explore artificial worlds through a headset, or to use a display to enhance one’s perception of actual surroundings, could be transformative to education, engineering, the medical industry, the military and much more—not to mention just plain old video gaming, which according to the Entertainment Software Association generated $30.4 billion in revenue in 2016. 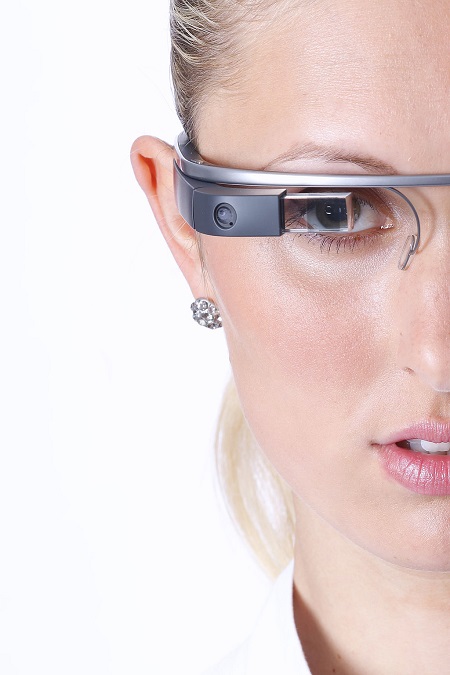 Google Glass. Source: Tim.Reckmann / CC BY-SA 3.0But wide-scale adoption faces challenges—such as the high cost of devices that can produce quality experiences, the limitations of battery life and the built-in disincentive for companies to develop products if the payoff is uncertain. Investment analysis site The Motley Fool acknowledges that those wishing to invest in virtual reality will probably need to be patient, calling the industry “long on promise and short on mass-market products.”

Even if you’re willing to make that sort of commitment, investing may take a bit of extra research: Many of the companies developing cutting-edge products are still in startup phase and are not yet publicly traded. If you want to get a better sense of who they are, you can follow technology-focused venture capital firms like The Venture Reality Fund. The VR Fund invests in early-stage virtual reality, augmented reality and mixed reality—and is a founding member of the Virtual Reality Venture Capital Alliance (VRVCA), where startup companies looking for funding are invited to submit their pitch deck for consideration.

But unless you want to tread (carefully) down the risky path of “pre-IPO” investing, you may want to look instead at the bigger picture. Figure out which tech giants and household-name companies stand to benefit most from ties to the technologies, and you’ll have a recipe for a softer landing should the bubble burst.

Companies that manufacture VR headsets like Sony (NYSE: SNE) and Microsoft (NASDAQ: MSFT), for instance, are certainly potential choices for investment; Facebook (NASDAQ: FB) is another contender, having bought the start-up company Oculus a few years back. It would be remiss not to also mention HTC, maker of the highly-rated Vive headset and a leading corporate investor in AR/VR startups—but the Taiwanese company is one of several Asian firms that is complex to access for U.S. investors. The same is true for Korean tech giant Samsung, maker of the Gear VR (although this was developed in partnership with Oculus, which continues to house content and software for the device).

Perhaps a less obvious place to look is companies that make the components VR depends upon, such as image-processing chipmakers like Advanced Micro Devices (NASDAQ: AMD) and NVIDIA (NASDAQ: NVDA). Enterprise-related VR applications are also poised to gain traction over the next five years, so it will pay to watch for developments in virtual desktops, virtual meetings, virtual offices—and the list goes on. 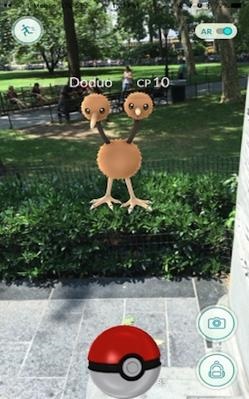 Pokèmon Go screenshot. Source: PCMag.comAs for AR, it should be mentioned that a common theme now heard in the industry is that “VR will be big, AR will be bigger and take longer.” A rocky start by the crash-and-burn of privacy-invading Google Glass dealt AR a blow, but it was more than made up for last year by the success of smartphone game Pokemon Go (developed by the privately-held Niantic, a Google spin-out, in partnership with Japanese corporation Nintendo). 2016 also saw the launch of Google’s AR platform Tango, developed in partnership with Intel (NASDAQ: INTC), onto a consumer smartphone made by Chinese corporation Lenovo. Intel, for its part, has been a heavy investor in computer vision technologies that enable AR apps and devices to “see” obstacles; a number of manufacturers currently have the company’s RealSense technology built in.

And don’t totally discount those smartglasses just yet: Snap (NYSE: SNAP) has launched a product called Spectacles designed to interface with its Snapchat platform; while they aren’t true AR, they have the potential to make wearing tech-savvy glasses seem cool again. Meanwhile, over in the enterprise world, Google Glass is actually making a comeback as a practical workplace tool called Glass Enterprise Edition. Developed by X, the research-and-development facility of Google parent Alphabet (NASDAQ: GOOGL), Glass EE allows users to access the likes of QA checklists and training videos right in front of their eyes as needed—and even allows real-time collaboration with coworkers through a live video stream.

Google remains a player on the AR scene for another reason as well: its recent release of a set of developer tools called ARCore. This is being seen in the industry as a response to the upcoming release of ARKit from Apple (NASDAQ: AAPL) as part of iOS 11, announced just over two years from Apple’s eyebrow-raising acquisition of a German AR startup called Metaio. Other companies involved in AR that get positive nods from The Motley Fool include Microsoft, for its interactive, hologram-projecting HoloLens, in use by some major brands for showcasing products; STMicroelectronics (NYSE: STM), maker of a motion sensor certified for use with Google’s Project Tango and Daydream platforms; and Himax (NASDAQ: HIMX), maker of liquid-crystal-on-silicon (LCOS) products used in both AR and VR headsets.

Clearly, a number of considerations need to be factored in to making wise investment decisions into these kinds of technologies, but the payoff potential is significant. According to Variety, market research firm Greenlight Insights recently forecasted that global VR revenues will reach $7.17 billion by the end of 2017, and $75 billion by 2021. And mergers and acquisitions advisory firm Digi-Capital projects that mobile AR could become the primary driver of a $108 billion VR/AR market by 2021, as well.

And here’s one more thing to consider as an investment strategy: Let the experts help you decide, and limit your exposure to market volatility. One traditional way to do this is to invest not in individual companies, but in a focused mutual fund. Top-rated technology funds are available from Fidelity (MUTF: FSPTX), T. Rowe Price (MUTF: PRGTX and PASTX), Vanguard (MUTF: VITAX) and many other financial services organizations. There’s also a much newer method of getting expert input, and the approach is at least as fascinating as the “reality technologies” themselves: using artificial intelligence to identify which companies are propelling next-generation industries that may not fit into traditional industry classification standards. Cambridge, Massachusetts-based startup Kensho Technologies is doing just that, and has created (among others) a Virtual Reality Index that’s certainly worth a look.