Spaser Nanolaser Can Detect and Eliminate Cancer Cells in the Bloodstream

A nanolaser known as a spaser can serve as a super-bright, water-soluble, biocompatible probe capable of finding metastasized cancer cells in the bloodstream and then killing the cells. 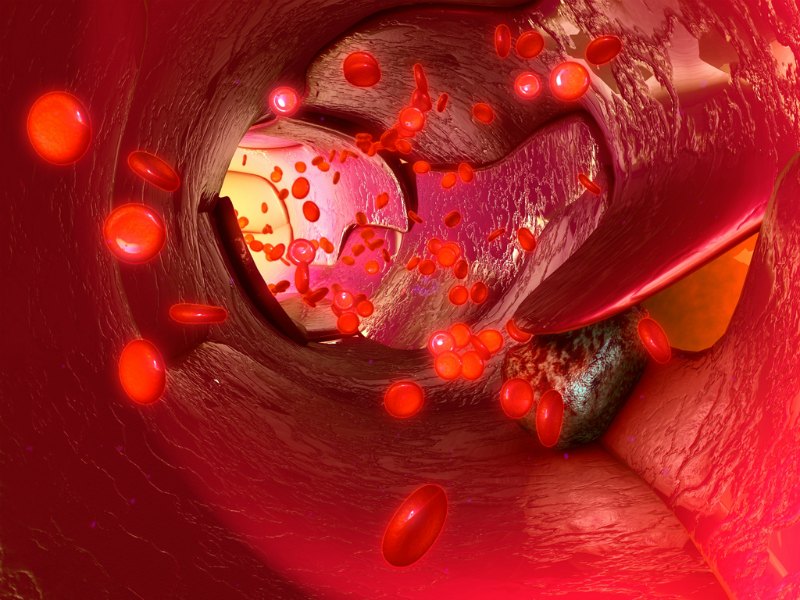 A new research study has found the spaser can be used as an optical probe. When released into the body it can find and go after circulating tumor cells (CTCs), stick to them and destroy the cells by breaking them apart, preventing cancer metastases. The spaser might be introduced into the body through an injection or drinking a solution.

"Spaser" stands for surface plasmon amplification by stimulated emission of radiation. It is a nanoparticle about 20 nanometers in size—hundreds of times smaller than human cells. It has folic acid attached to the surface, which allows selective molecular targeting of cancer cells. The folate receptor is commonly overexpressed on the surface of most human cancer cells and is weakly expressed in normal cells.

"There is no other method to reliably detect and destroy CTCs," said Dr. Mark Stockman, director of the Center for Nano-Optics and professor of physics at Georgia State. "This is the first. This biocompatible spaser can go after these cells and destroy them without killing or damaging healthy cells. Any other chemistry would damage and likely kill healthy cells. Our findings could play a pivotal role in providing a better, life-saving treatment option for cancer patients."

Metastatic cancer—often referred to as Stage IV cancer—occurs when cancer spreads to distant parts of the body. Metastasis often affects bone, the liver, lungs and brain, and when cancer spreads it can be difficult to control and cannot be cured using conventional treatments. One of the most dangerous ways of metastasizing occurs is through CTCs, which this study aims to detect and destroy using spasers.

The spasers used in the study are measured at 22 nanometers and have set the record for the smallest nanolasers. Most results were obtained with a gold, spherical nanoparticle surrounded by a silica shell and covered with an uranine dye. This dye is widely used for tracking and biomedical diagnostics.

The researchers found cells with spasers demonstrated high image contrasts with one or many individual “hot spots” at different laser energies above spasing threshold. The presence of spasers was confirmed with a few optical electronic microscopy techniques. This revealed an initial accumulation of individual spasers on the cell membrane followed by their entrance into the cell cytoplasm.

Spasers were found to be minimally toxic in human cells. At the same time, the spasers subjected to laser irradiation selectively killed the tumor cells without damaging the healthy ones.

Based on these results, spaser-based therapeutic applications with high-contrast imaging are an up-and-coming field. The data suggest spasers have high potential as therapeutic and diagnostic agents that integrate optical diagnosis and photo-thermal-based cell killing, using just a few laser pulses to kill the cancer cells.

A paper on this study was published in the journal Nature.