NASA is launching a mission to Mars in 2020 during which researchers will use smart methods to search for signs of life. These smart methods were originally developed to find the oldest life on Earth. The 2020 mission builds on the previous success of rovers in order to make coordinated measurements that could detect signs of ancient life or biosignatures in their original spatial context. These techniques are known as “spatially resolved biosignature analysis” and derive from geochemical analysis of early life. 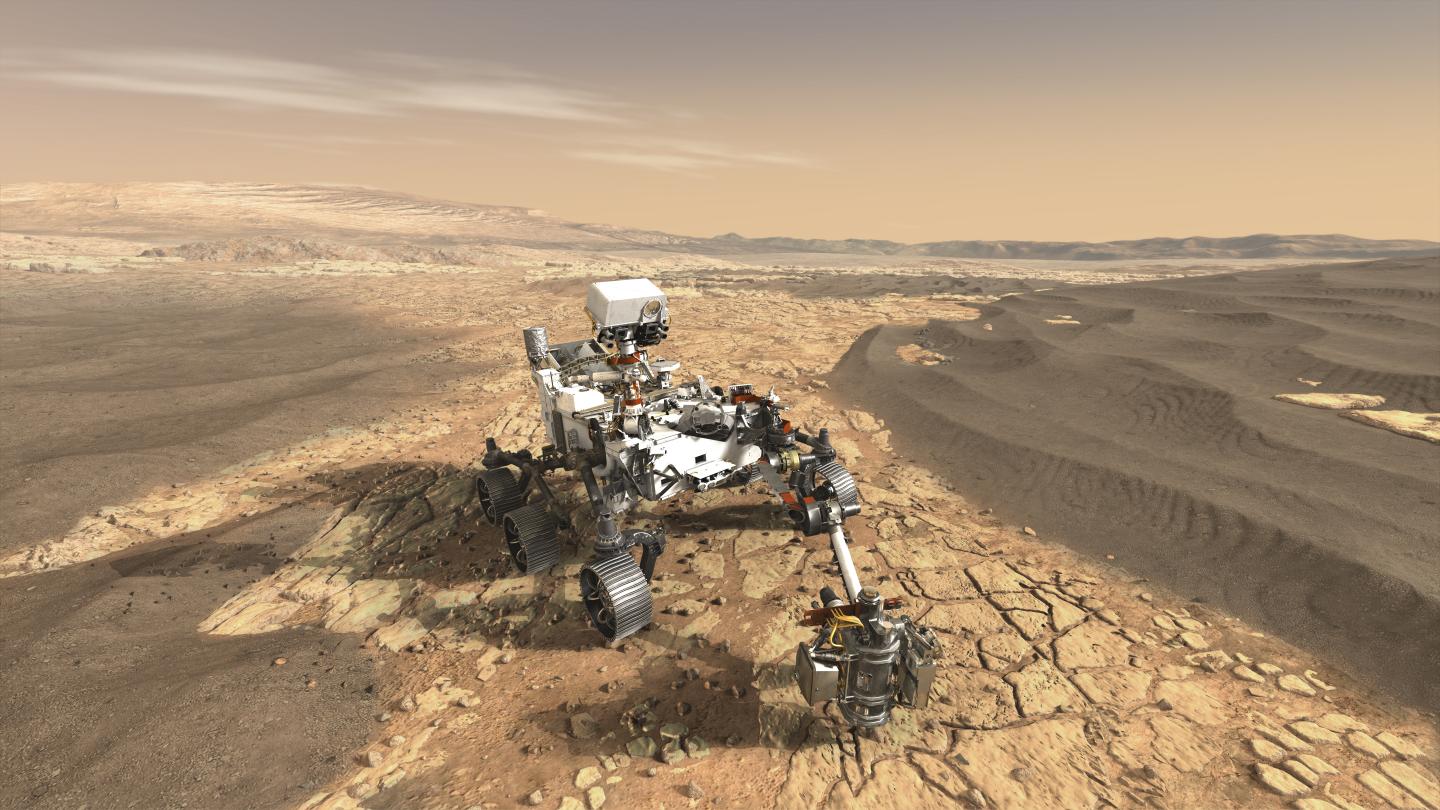 This is a conceptual image of the Mars 2020 rover. Source: NASA/JPL-Caltech

Dr. Ken Williford, director of the Jet Propulsion Laboratory’s Astrobiogeochemistry Laboratory explained, “[p]revious missions to Mars have used a broad brush – analyzing average chemistry over roughly the size of a postage stamp – to 'follow the water' and seek ancient habitable environments. Mars 2020 takes the next step in its search for evidence of ancient microbial life, focusing measurements to the microbial scale and producing high-resolution maps over similarly small analytical areas."

He added, "[n]ew scientific methods searching for ancient evidence of life on Earth have led to a leap in capabilities for biosignature detection. Instead of using 'bulk' geochemistry techniques that measure the average composition of a rock. The Mars 2020 mission is developing new capabilities including X-ray fluorescence and Raman spectroscopy in order to map the elemental, mineral and organic composition of rocks at a high spatial resolution. Understanding spatial distribution of chemical features preserved in ancient rocks is key to determining if they were formed by life. These new techniques allow exploration of Mars at telescopic to microscopic scales.”

There are instruments in development for the Mars 2020 mission that were also part of the search for early signs of life on Earth in extreme environments like deep underground or hydrothermal settings along the ocean-floor ridges. When these methods were applied on Earth they allowed scientists to lower limits of detection or to understand ambiguous observations.

The Mars 2020 mission will use the knowledge gained from its scientific exploration to select and collect key samples that will be examined on Earth. The rover will collect thirty to forty rock and sediment core samples of about 15 grams to be hermetically sealed in titanium tubes and deposited in a safe location on Mars to be retrieved in a future mission.

"Mars 2020 represents a crucial first step towards a possible Mars sample return. Our objective is to collect a diverse set of samples from our landing site with the best potential to preserve records of the evolution of Mars – including the presence of life if it was there. We'll use our onboard instruments to provide the critical field context that future scientists would need to understand the measurements made back on Earth," said Dr. Williford.

There are three candidates for landing sites for the Mars 2020 mission. One site is Columbia Hills in Gusev crater, which was visited by the Sprint rover previously. This site has silica deposit sites located close together on the edge of Isidis Planitia, which is one of the largest and oldest impact craters in the Solar System. Northeast Syrtis has some of the oldest exposed Martian crust with evidence for alteration in presence of liquid water. This leads researchers to believe that this site may have once hosted subsurface life. Jezero crater features an ancient river delta and a lake that could have been a prime location for life on early Mars.

"We've got some hard decisions in front of us," Dr. Williford said. "Because of the possibility of sample return, the selected site could have an outsized impact on the future of Mars science compared to a typical mission. We've been working hard to understand the scientific potential of the different sites and engaging the international scientific community for input on this consequential choice. The team is extremely excited about the opportunity to bring a powerful new payload to the surface of Mars and produce some spectacular results wherever we end up."