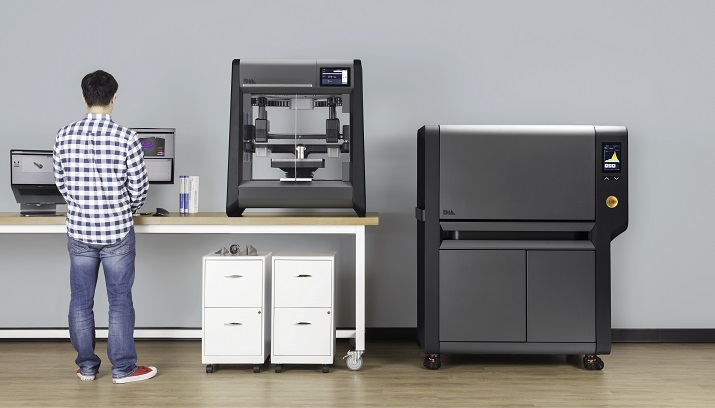 Desktop Metal has introduced two printers — the DM Studio and DM Production systems — that the company says increases the speed of metal 3-D printing by 100 times that of current technologies while reducing costs.

The DM Studio system is 10 times less expensive than current metal production technology and includes a printer and a microwave-enhanced sintering furnace that allows engineers and designers to create complex geometries for metal 3-D printed parts, Desktop Metal says. The printer alone is priced at $49,900 but the complete system with the printer, debinder and furnace is priced at $120,000.

Desktop Metal says that unlike current metal 3-D printing processes, the DM Studio system does not require hazardous powders or laser or cutting tools to operate. Instead it used a bound metal deposition (BMD) process to make the metal parts. This process is similar to what is used to make 3-D printed plastics, called fused deposition modeling (FDM).

Manufacturing metal 3-D parts using this system does not require dedicated operators as the system uses cloud-based software to streamline the entire workflow allowing engineers to move from computer-aided design (CAD) software to printed parts seamlessly, the company says. The parts can be removed by hand while the print cartridges are swappable allowing for fast material changes.