Researchers at Brigham Young University have developed a new glass technology that allows the normally brittle material to bend and flex.

The flexible glass could open up the ability to create a new family of lab-on-a-chip devices such as on-site rapid testing for viruses, cholesterol or disease diagnosis.

The development of flexible glass will allow work that has previously been done at the microscale to be done at the nanoscale where chemists and biologist could use these devices to move, trap and analyze very small biological particles like proteins, viruses and DNA. 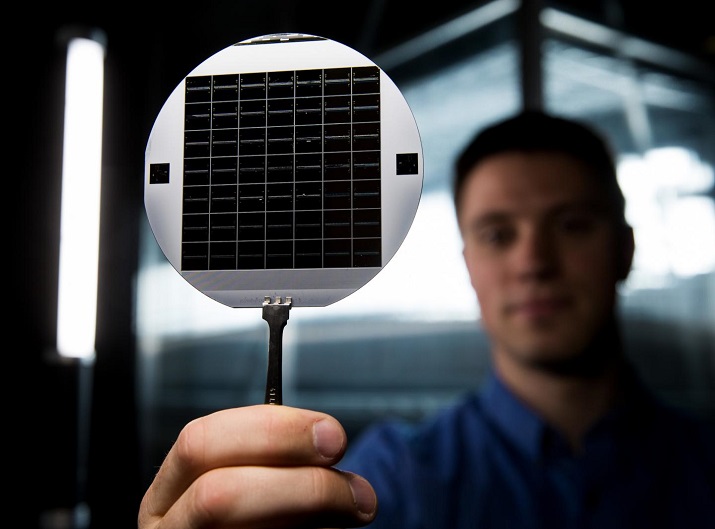 A researcher holds up a disc of microchip that have flexible glass membranes. Source: Brigham Young University “If you keep the movements to the nanoscale, glass can still snap back into shape,” said Aaron Hawkins, electrical engineering professor at Brigham Young University. “We've created glass membranes that can move up and down and bend. They are the first building blocks of a whole new plumbing system that could move very small volumes of liquid around.”

Glass has a number of benefits -- it is stiff and solid, and not a material which things react. It is also easy to clean and isn’t toxic. For example, when working with sensitive blood samples, this glass would allow a device to look at particles of any size and at any given change and allow for analysis without modification.

A new flexible glass device would also have the benefit of performing tests using much small quantities of a substance. Instead of needing several ounces of blood to run a test, the glass membrane would only require a drop or two of blood.

This would be an important factor in developing a lab-on-a-chip for fast blood analysis in the field and the device could be portable.

“This has the promise of being a rapid delivery of disease diagnosis, cholesterol level testing and virus testing,” Hawkins said. “In addition, it would help in the process of healthcare knowing the correct treatment method for the patient.”