Virtual and augmented reality start-up 8i has introduced its Holo consumer mobile app that brings mixed reality content with holograms of celebrities, brands and characters to smartphones.

The app adds holograms to real-world environments to take videos and photos that can be shared on social media and messaging apps. 8i also has closed its Series B funding round to the tune of $27 million led by Time Warner Investments, Baidu Ventures, Hearst Ventures, Verizon Ventures and more. The goal is to enable a new form of user generated content around a brand through entertainment, music or sports to engage audiences. 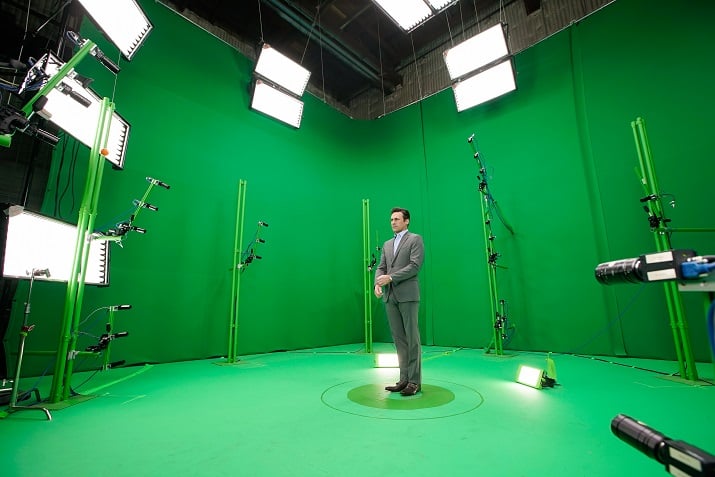 Actor Jon Hamm appears as part of a third party hologram recording to be used with the Holo app from 8i currently in beta testing. Source: 8i “As consumers are augmenting, mixing and creating new content on their smartphones on a massive scale, mobile presents an unparalleled opportunity for distribution of holograms,” says Steve Raymond, CEO of 8i.

Beta testing for the app is ongoing, with the first device being a Lenovo Phab 2 Pro powered by Google’s Tango augmented reality platform. As part of the testing, users will be able to interact with the app and a sample of 3-D holograms. 8i says it will launch a new version of the app with partners and programming later this year on Tango-enabled smartphones and other mobile devices.

How Holograms Are Created

The app is designed for users to record, create and experience human holograms that look real and feel as if they are in the same room. Third party partners record a human performance using an array of cameras, and 8i transforms the video into photorealistic 3-D holograms, which can be integrated into VR/AR platforms.

One of these third party projects, a virtual reality experience with Buzz Aldrin in collaboration with Time Inc. and Soylent, will be unveiled at the SXSW Film festival in March.