Scientists Can Now Print Bacteria Batteries Onto Reams of Paper

Battery technology is of the utmost importance these days. Finding more efficient and smaller - yet more potent sources of power - is a task scientists are diligently working on.

A team of researchers from Binghamton University, State University of New York have come up with a new kind of battery that could change the future of power for disposable devices. Instead of ordering batteries by the pack, we may receive them by the ream. 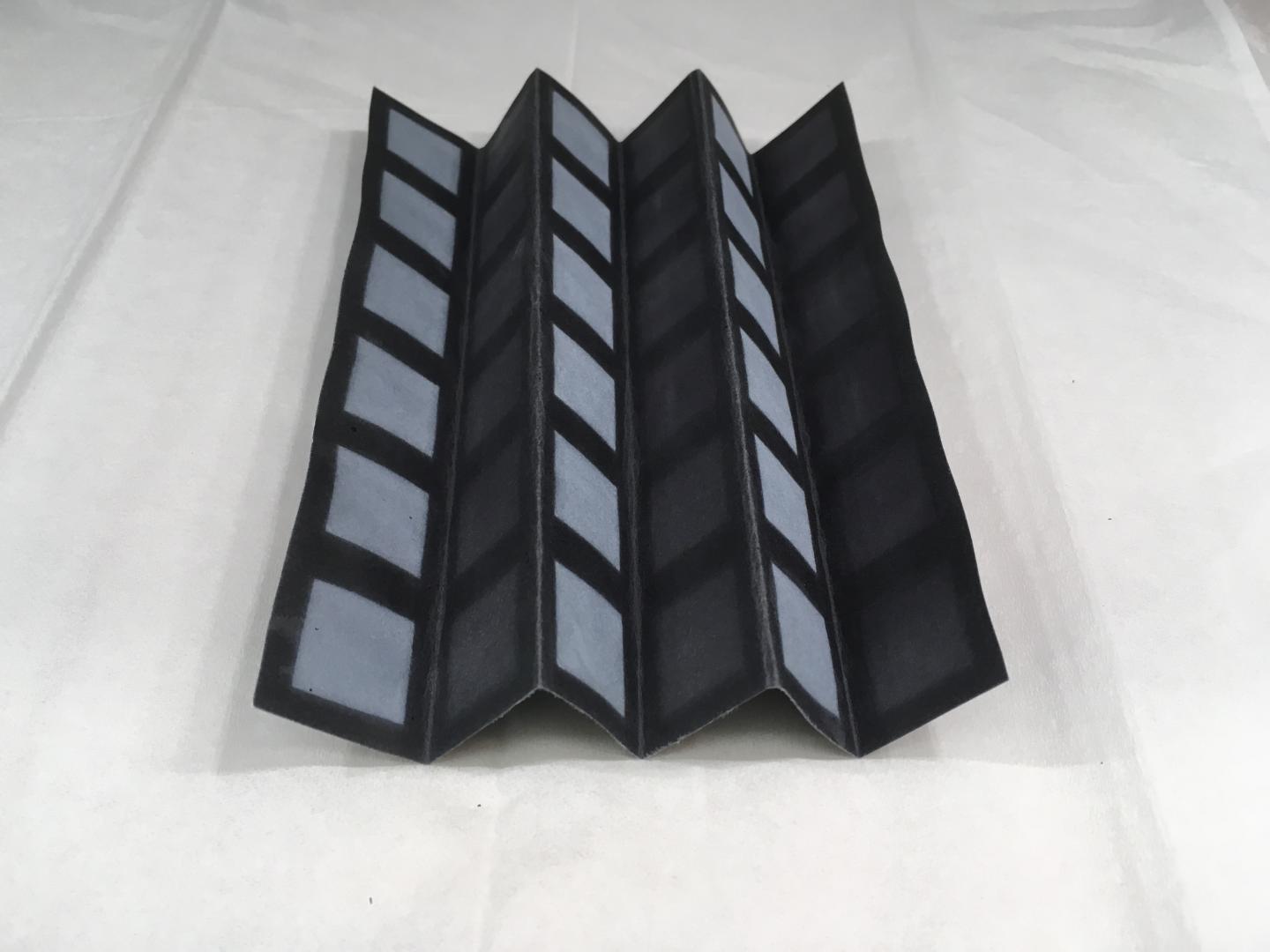 a bacteria-powered battery on a single sheet of paper that can power disposable electronics.(Image Credit: Seokheun)

"Papertronics have recently emerged as a simple and low-cost way to power disposable point-of-care diagnostic sensors," said Seokheun "Sean" Choi,Assistant Professor in the Electrical and Computer Engineering Department within the Thomas J. Watson School of Engineering and Applied Science.

Choi and Ph.D. candidate Yang Gao took one half of a piece of chromatography paper and placed a ribbon of silver nitrate underneath a thin layer of wax to create a cathode. They then made a reservoir out of a conductive polymer on the other half of the paper, which acted as the anode. When it was folded, they added a few drops of bacteria-filled liquid, and the microbes' cellular respiration powered the battery.

"The device requires layers to include components, such as the anode, cathode and PEM (proton exchange membrane)," said Choi. "[The final battery] demands manual assembly, and there are potential issues such as misalignment of paper layers and vertical discontinuity between layers, which ultimately decrease power generation."

Changing the folding and stacking methods can impact the power and current outputs. The duo was able to generate 31.51 microwatts at 125.53 microamps with six batteries in three parallel series and 44.85 microwatts at 105.89 microamps in a 6x6 configuration.

While it would take millions of paper batteries to power a common 40-watt light bulb, on the battlefield or in a disaster situation, portability is important. Additionally, the method provides enough power to run biosensors that monitor glucose levels in diabetes patients, detect pathogens in a body or perform other life-saving functions.

"Among many flexible and integrative paper-based batteries with a large upside, paper-based microbial fuel cell technology is arguably the most underdeveloped," said Choi. "We are excited about this because microorganisms can harvest electrical power from any type of biodegradable source, like wastewater, that is readily available. I believe this type of paper biobattery can be a future power source for papertronics."

The first paper prototype was developed by Choi in 2015. The battery resembled a matchbook. Earlier this year his team unveiled a design inspired by a ninja throwing star.

The current work is available online in the journal Advanced Materials Technologies and will be presented at the IEEE MEMS 2017 conference in Las Vegas, Nevada on Jan. 22-26.