Now one company is putting that to the test. 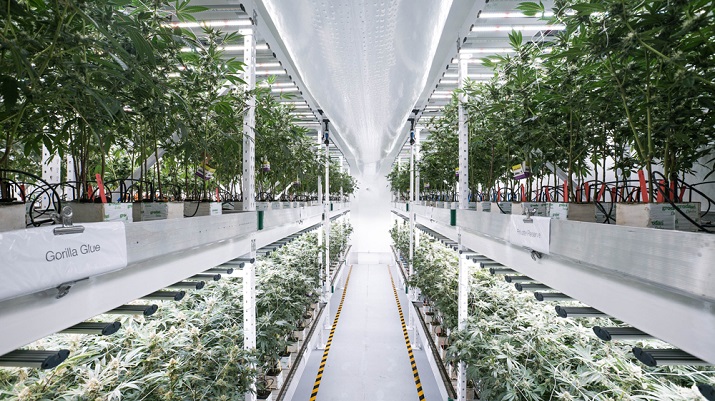 Moving to a vertical farm approach and installing LED lights have produced greater yields and potency in cannabis crops as well as reduced energy consumption. Source: MedMenThe new facility is optimized to increase its revenue per square foot, and it will use the lighting systems for all phases of plant growth, from propagation to bloom. The use of the lights has decreased cycle time on eight-week strains by up to 25%. This allows reducing production time by five or seven days for the retail flow market, and by 12 to 14 days for oil-extraction and derivatives markets, MedMen says.

The installation of LED lighting has also reduced the cost per pound of finished product by 300%; reduced energy consumption per light fixture by 40%; and reduced heating, ventilation, and air conditioning (HVAC) load by about 35% per square foot of canopy, the company says.

Furthermore MedMen says it has doubled production per square foot in the new facility by moving to a vertical farm, reducing land requirements by 50%. Crop yields have also increased by 157% while reducing water and fertilizer usage. As far as the increased potency of crops, MedMen says LED lighting has led to improved consistent, year-round flower quality and chemotype with denser trichrome development.