Video: Volvo and Uber Team Up to Test Self-Driving Cars in San Francisco

Piggybacking on their agreement to test self-driving cars in Pittsburgh, Pennsylvania, ride-hailing vendor Uber and car manufacturer Volvo will begin a self-driving car project in San Francisco starting in January of 2017.

Volvo will build the XC90 cars being used in the project, which it will sell to Uber. Then Uber will install its self-driving hardware and software packages, which can be seen on the roof of the vehicle. The cars will drive around the streets of San Francisco autonomously, but much like the project in Pittsburgh, they will also have an Uber technician on board to supervise the car’s operation and take control if necessary. 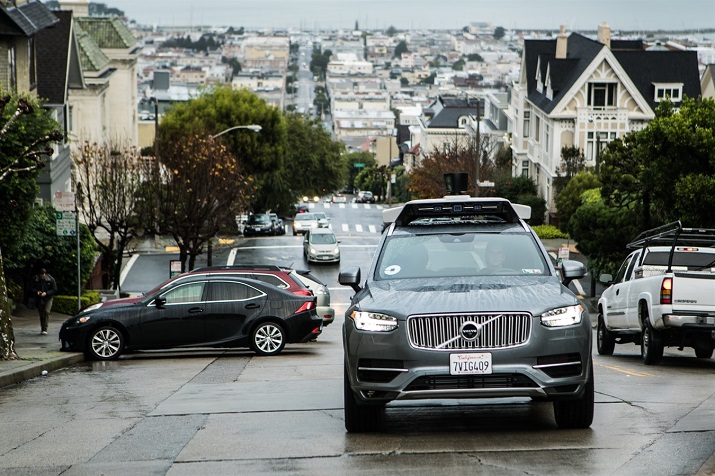 The project will involve self-driving cars on the road in San Francisco, but with an Uber technician in the car in order to take control if necessary. Source: Volvo Volvo has plunged head-first into the autonomous driving market, with a number of projects and relationships being formed to test and take advantage of the promising technology. In January, the company will begin testing 100 self-driving cars in Gothenburg, Sweden, as part of its Drive Me project. It will also test self-driving cars in another project that will take place in China.

Volvo has teamed up with Autoliv to form a joint venture company to develop separately branded autonomous driving and advanced software technology packages that will begin operations in the beginning of 2017.

Uber and Volvo will contribute a combined $300 million for this project, and both companies will use the XC90 model as the base vehicle for the next stage of their own autonomous car strategies. These cars will include Volvo’s Scalable Product Architecture (SPA), which is used in multiple vehicles from Volvos.