NASA AI Connects Firefighters to the Internet of Things

Nicolette Emmino
NASA may have figured out a way to give firefighters a greater skillset when they head into burning buildings.

NASA's Jet Propulsion Laboratory in Pasadena, California, has played a role in the development of intelligence (AI) capable of collecting data about temperatures, gases and other danger signals in order to guide first responders through the flames safely. 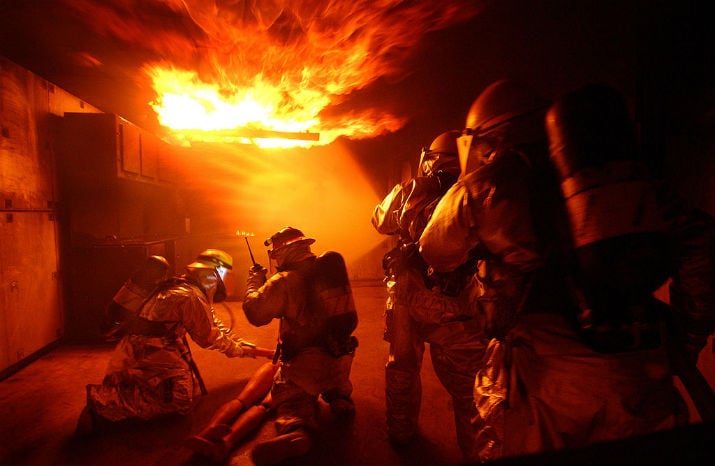 The system, named AUDREY (Assistant for Understanding Data through Reasoning, Extraction, and sYnthesis), can also track the entire squad and send signals to individuals that may need recommendations on how they can work together more efficiently.

"As a firefighter moves through an environment, AUDREY could send alerts through a mobile device or head-mounted display," says Mark James of JPL, lead scientist for the AUDREY project.

The researchers designed AUDREY for integration into the Internet of Things. In this case, the firefighters would sport wearable sensors on their clothing that could pick up their GPS location, amount of heat in other rooms, presence of dangerous chemicals and even satellite imagery of a location.

"When first responders are connected to all these sensors, the AUDREY agent becomes their guardian angel," says Edward Chow, manager of JPL's Civil Program Office and program manager for AUDREY. "Because of all this data the sensor sees, firefighters won't run into the next room where the floor will collapse."

The technology is made possible because of technological advances like miniaturized sensors and devices that provide increased connectivity.

AUDREY was designed as a cloud-based piece of software, so it can keep an eye out from above -- watching events and making predictions about next steps and resources needed.

"Since AUDREY knows the roles of everyone who receives her data, she only supplies the relevant information that is appropriate for them," says James.

AUDREY has already been tested in a virtual demonstration and is expected to be ready for in-field demonstrations within a year.

AUDREY includes several technologies developed by NASA and the Department of Defense over the last five years.