Solar-powered TV for Off-grid Use

Cello Electronics has introduced a 22" LED television that is powered solely by the sun. The unit comes as a complete out-of-the-box solution with television, solar panel and smart antenna. The solar panel connects to the TV and is positioned to pick up solar energy, while the smart antenna is able to receive high-definition broadcasts through the tuner. There is also a built-in satellite tuner, which broadens the choice of channels. This means that in remote parts of the world where there is no broadcast television signal, viewers should be able to receive satellite channels. Cello's solar-powered TV also has the ability to charge mobile phone devices, as well as power lights and other essential devices, via a USB connection. 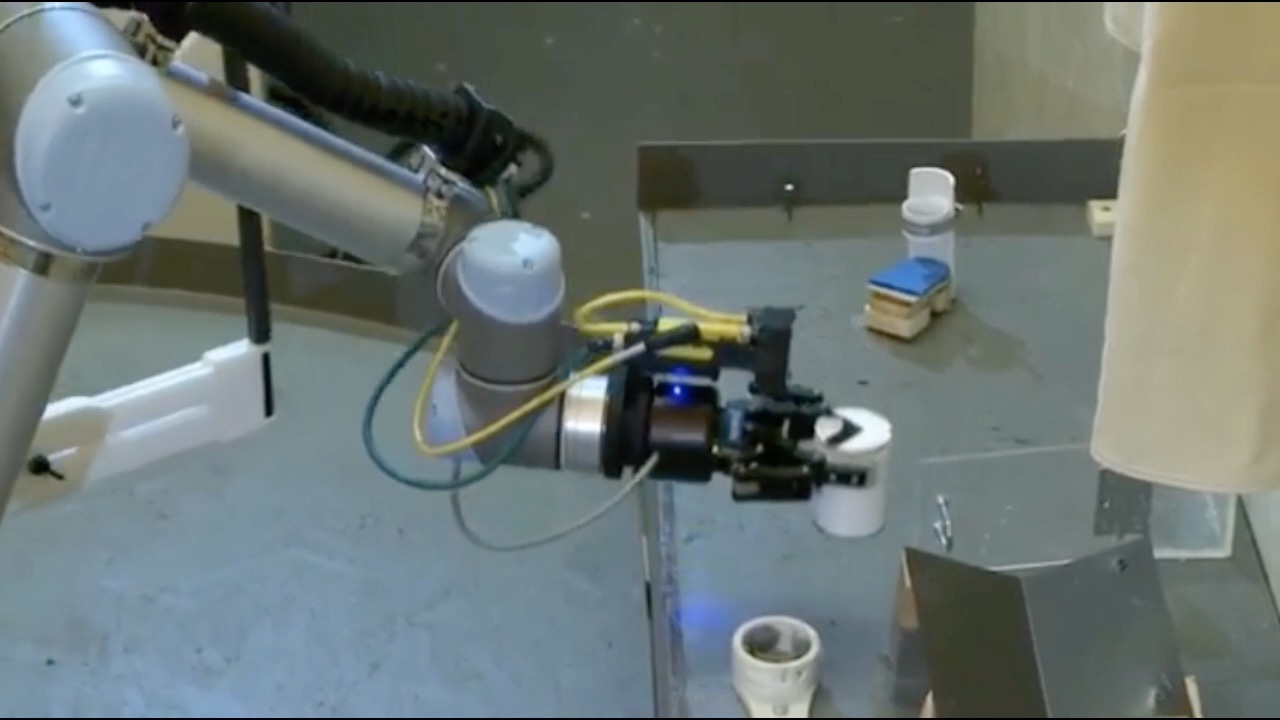 Mechanical and nuclear engineering students from Idaho State University have designed a robotic system to handle radioactive nuclear fuel. The students, interns at the Idaho National Laboratory, completed the system as a demonstration project. Their design could provide the basis for scientists to build a device for handling radioactive materials. Successfully completing the demonstration project required development of a robot that could overcome the obstacles that a real robotic system would face. For example, materials are ferried among facilities via a pneumatic transport system. The robot is required to remotely load and unload radioactive samples from the multi-layered transport containers and deliver them to a sensitive scientific instrument for analysis. The system is required to be accurate within a one-hundredth of an inch radius 99.99% of the time. And, because the robot works with radioactive samples, the equipment must demonstrate operability in high-radiation environments

While U.S. industry has made solid strides in reducing greenhouse gas emissions over the past 25 years, the transportation sector has increased its carbon footprint, say University of Michigan researchers. Industry, still the nation's largest emitter, accounts for about 29% of all emissions. That’s down from nearly 36% in 1990. However, transportation—the country's second-largest contributor to greenhouse emissions—increased its share from 24% in 1990 to 27% in 2014. The relative contributions of the commercial, residential and agricultural sectors have also increased since 1990. Emissions are now about 17% for the commercial sector, 17% for the residential sector and 10% for agriculture.