Startup company Lilium has a plan to make personal flying cars—more like personal vertical takeoff and landing (VTOL) aircraft—available to consumers by 2018.

The electric two-seater aircraft will pave the way for use in everyday life. 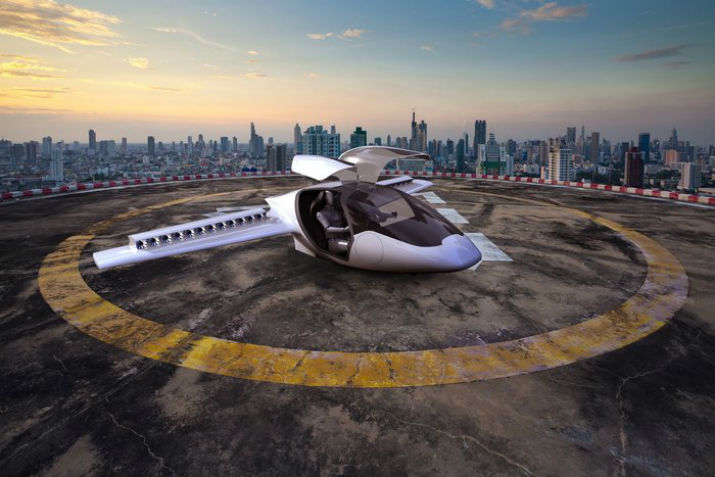 “We are going for a plane that can take off and land vertically and does not need the complex and expensive infrastructure of an airport,” said Daniel Wiegand, Lilium CEO. “To reduce noise and pollution, we are using electric engines so it can also be used close to urban areas.”

The company, founded early last year by four engineers from the Technical University of Munich in Germany, has proved its concept with 55-lb. prototypes and is currently working on the first full-scale ultralight vertical takeoff and landing aircraft.

While traditional aircraft such as helicopters and fixed-winged aircraft are pretty efficient, they obviously require the use of airports due to their size and noise levels. However the new Lilium vehicle combines the benefits of these aircraft without the shortcomings. Initially the craft will be restricted to airfields, but the future goal is for it to take off vertically from almost anywhere—including your backyard—as it only requires a flat area of 50 x 50 feet. 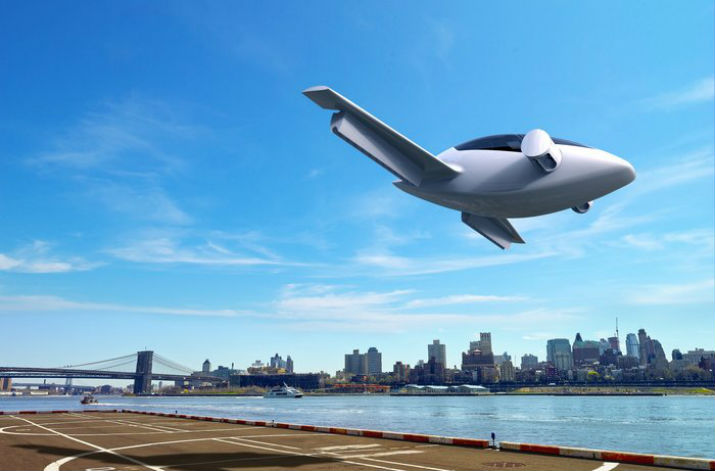 Two-seater electric-powered plane for personal use. (Image via Lilium/ESA)

The entirely electric vehicle will be able to travel at speeds up to 250 mph and will take off quietly as a result of its ducted-fan technology. It also comes equipped with batteries, engines and controllers that make it a safer alternative than helicopters.

Since the plane is classified as a Light Sport Aircraft for two passengers, flying one will require 20 hours of minimum training, similar to a driving course.

According to the company, it is intended for recreational flying during daylight, in good weather conditions and in uncongested airspace up to four miles.

Lilium is a part of the European Space Agency’s Technology Transfer Programme Office (TTPO), which seeks entrepreneurs with innovative ideas for using space technologies or developing applications, to create new products and services in a non-space environment.

UPDATE: Click here to see the maiden flight of the Lilium jet, that took place in April, 2017.

By posting a comment you confirm that you have read and accept our Posting Rules and Terms of Use.
Re: Startup Company Aims to Have These Personal Flying Cars Available by 2018
#1

It has been 9 months and still there is only a single self recorded, self edited video made with no independent reporters available. Considering that to day, ducted electric fans remain a novelty in the radio control hobby community, I would have expected to have seen a huge amount of attention. Unfortunately, ducted fans never provide the lift predicted by formula. The most popular example of failure was the Rockwell HiMaT, an unpiloted Hi Manueverable Tech demonstrator that was supposed to use the magic of "Air Entrainment_ for vertical liftoff that never got off the ground with vertical lift only. It was using a jet engine too. . But I am sure these questions are just co incidences. Also, they just announced 90M of start up investment from , wait for it, an american or english speaking country which can be immediately contacted for a statement? No, Chinese. the link pages from their press release can not be translated by google. No question that this is just an oversight. But altogether, I would like to see another flight, with an independent reporter present. That would quash most questions.