Instead of wearable technology to track your every move, researchers from The Fraunhofer ISC thought that sensors integrated into your clothing would be much more efficient and functional.

The researchers developed a new transparent material for sensors that can be easily printed on textiles and movement measures.

While accessories like the FitBit or Apple Watch act as our intelligent health coaches these days, they are difficult for some people to use and come at a high price.

The new materials from the Fraunhofer ISC could be the solution. The team has created a T-shirt equipped with sensor technology called MONI-shirt that can perform a variety of functions and monitor movement. 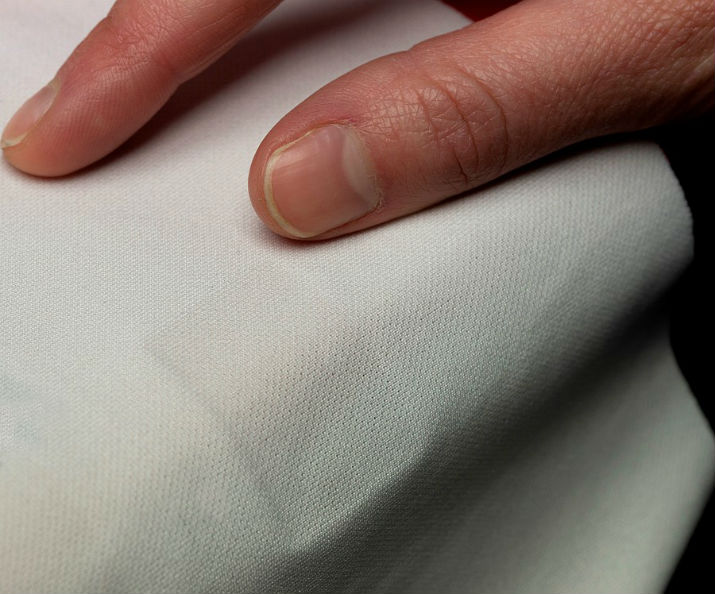 The shirt was developed with the help of novel piezoelectric polymeric printing pastes. The sensor’s materials are flexible, transparent and could be used to register pressure and deformation. In addition, the sensors are equipped with temperature sensitivity that monitors temperature change.

The team has been working with industrial partners and scientists to further develop and test the sensors’ use in various applications and textiles.

The team explains the development of the sensors in a simple two-step process. First the sensor structures are printed, and second they are exposed to an electric field to be polarized and aligned so that they have the desired pressure-sensitive properties.

The new technology is a cost-effective alternative to other tracking products, and the team suggests that mass production will be easy.

One sensor is much thinner than a human hair and can be applied to clothing without even being noticed.

Aside from cost, another advantage of the sensor is that it does not require a battery power source— instead it generates its own electricity.

The researchers envision the technology being used in future hospital gowns to monitor patients’ movement, temperatures and heart rate.