For drivers, having the internet in their car is more than just a convenient add-on. It makes driving even safer and more efficient. Bosch will be illustrating this at CES 2016 in Las Vegas with a series of connected functions and assistance systems that show off the perks of having the Internet embedded right into your car. The company will demonstrate the simplicity of its systems, which work while keeping driver distractions to a minimum. Bosch even received a CES 2016 Innovation Award in the In-Vehicle Audio/Video category for its latest development, a touchscreen that generates the sensation of real buttons by using haptic feedback. CES attendees can visit the Bosch booth and receive a hands-on preview of automated driving and smart vehicle connectivity. 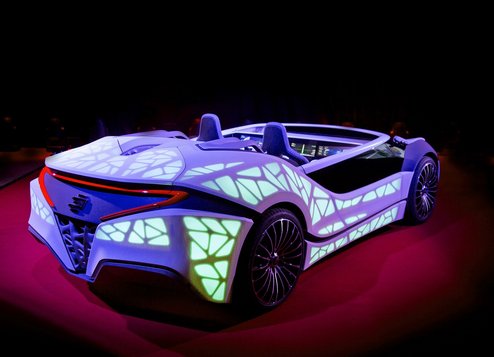 At CES 2016, a Bosch show car will demonstrate a new dimension of human-machine interaction. (Source: Bosch)“The way to minimize driver distraction is to provide the right information at the right time,” says the Bosch CEO Dr. Volkmar Denner. In the show car at CES, the dashboard and central console will be transformed into an electronic display. The information shown on the display will change depending on the vehicle’s surroundings. So, for example, if a pedestrian approaches from the right, a lighting sequence is triggered to alert the driver. The car also considers driver preferences and appointments. For example, if an appointment is cancelled, the car will automatically indicate the route to the next appointment on record.

Bosch also considers that the car of the future will be connected to smart homes and will be able to control household functions such as heating or security systems.

The touchscreen that Bosch received an award for is capable of generating different surface textures and allowing elements to be felt on the display. This haptic feedback creates the feeling of real buttons and makes it easier to make adjustments on the panel to navigation, radio, and smartphone functions. According to Bosch, drivers will not even need to look at the information on the screen to control it – instead, they can keep their eyes on the road. 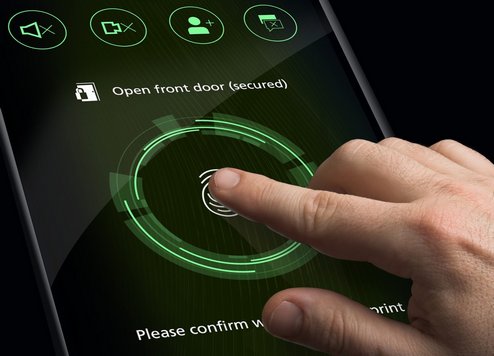 The Bosch show car’s dashboard and central console have been transformed into an electronic display. (Source: Bosch)

The screen generates the feel of rough, smooth and patterned surfaces to indicate different buttons and functions, but the touchscreen itself looks no different than any other.

Having a connected car means having information available at your fingertips, and in real time –– a feature that can be important when it comes to wrong-way drivers. According to the company, it takes several minutes for radio stations to issue warnings over the airwaves, but a third of wrong-way driving incidents finish after just 500 meters. Bosch is in the process of developing a new cloud-based wrong-way driver alert that will let drivers know of any danger just ten seconds after it appears. The software can even be integrated into smartphone apps such as Bosch’s myDriveAssist or existing infotainment systems.

In order to detect wrong-way driving, the cloud-based function compares actual vehicle movement on freeways with the permitted direction of travel. If this information doesn’t match up, wrong-way drivers are warned of their error in just seconds, while simultaneously, nearby cars traveling in the opposite direction are alerted to the danger. The new function will be offered as a cloud service starting this year. 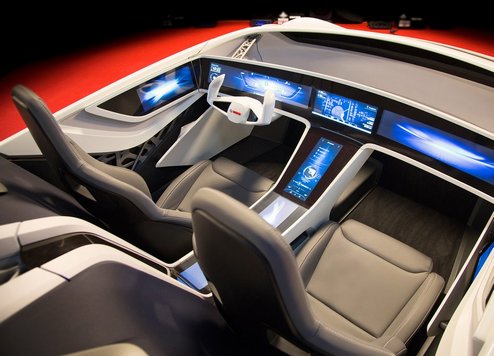 For users, the keys on the Bosch touchscreen feel like realistic buttons. (Source: Bosch)
Automated driving

According to forecasts made by Bosch accident researchers, increasing automation can significantly reduce accident numbers – by up to a third in Germany alone. At CES 2016, Bosch will show off the systems and sensors used for automated journeys in a separate demo vehicle at the Sands Expo. Visitors will learn how the highway pilot works.

Bosch is developing a feature called automated valet parking which enables cars to park themselves – without the driver needing to be in the car. Drivers will be able to leave the car at the entrance to the parking garage and then, using a smartphone app, can instruct the car to find a space. This fully automated parking system will require a smart infrastructure in parking garages, as well as the vehicle’s on-board sensor systems – and connectivity for both. Sensors in the pavement would provide information on available parking spaces so cars know where to go.