SPTS Technologies, an Orbotech Ltd. company, is supplying the micro- and nanotechnologies research institute CEA-Leti with a vapor HF etch release system for 300mm microelectromechanical systems (MEMS) on CMOS development. The system was installed in CEA-Leti’s facility in Grenoble, France, joining the 200mm and 300mm etch, CVD and PVD systems previously supplied by SPTS to the institute. The new system, the Monarch 300, is capable of processing thirteen 300mm wafers simultaneously and has the potential to create a new family of sensors with improved performance over previous equipment, SPTS says. 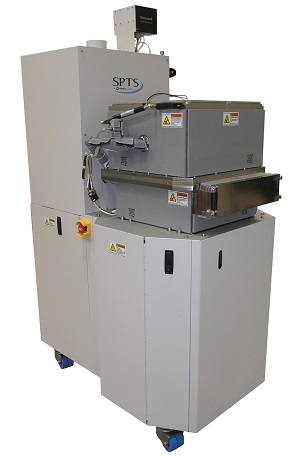 The Monarch 300 is capable of producing 13 300mm wafers simultaneously and will be installed in CEA-Leti’s Grenoble, France facility. (Source: SPTS) Marie-Noëlle Semeria, CEO of CEA-Leti and president of the Nanoelec RTI board, says that MEMS devices co-integrated with CMOS will help the research organization to produce smaller and more powerful sensors and actuators. As part of the installation, SPTS and CEA-Leti have entered into a two-year agreement that will include performance characterization and process optimization of both the 200mm and 300mm vapor HF process modules. This agreement extends a partnership between the two companies that have already collaborated on the development and optimization of a range of etch and deposition processes for next-generation 3-D high-aspect-ratio through-silicon-via (TSV) products, SPTS says.