The Missile Defense Agency (MDA) has given a Lockheed Martin team $784 million to develop, build and test the Long Range Discrimination Radar (LRDR) that will support a layered ballistic missile defense strategy to protect the U.S. from ballistic missile attacks. 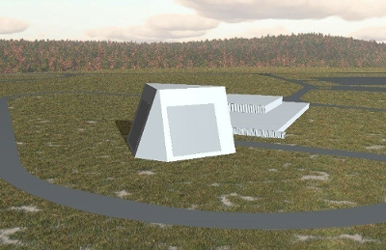 Illustration of the Lockheed Martin radar in Alaska. Image Credit: Lockheed MartinLRDR is a high-powered S-Band radar incorporating solid-state gallium nitride (GaN) components and will be capable of discriminating threats at extreme distances.

It is a key component of the MDA's Ballistic Missile Defense System (BMDS) that will provide acquisition, tracking and discrimination data to enable separate defense systems to lock on and engage ballistic missile threats.

LockheedMartin aims to complete the system and have it prepped for testing in Alaska by 2020. Once complete, LRDR will consist of a solid-state, active electronically-scanned antenna and the facility to house and operate this radar antenna.