How AI cameras can improve commutes 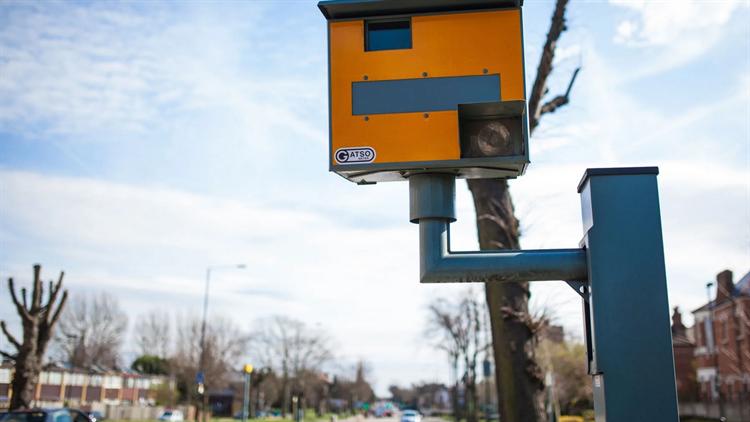 There’s no doubt that traffic congestion is a common problem in cities around the world. According to Inrix, drivers in America lost 3.4 billion hours in 2021 due to traffic jams and high vehicle volumes.

But traffic engineers and city planners are making fine use of newer innovations to help motorists along their way. One of those technologies: artificial intelligence (AI)-enabled cameras, which converge several technologies to reduce commute times.

Machine visions systems also use cameras to monitor intersections, although the software powering this monitoring and decision-making is relatively coarse. Machine vision systems can struggle to adapt to the dynamic nature of intersections, such as a weather event like heavy fog or snow, or if a large truck obscures observation of other vehicles. They are also not usually equipped to monitor pedestrians, bicycles or last-mile transport types. So while machine vision is a noticeable upgrade over timed intersections or induction loops, there is opportunity for improvement.

AI cameras represent noticeable advancement in several areas. First, they are able to cross-reference vehicles, pedestrians and more against a larger library of events, which gets better as the camera gathers more data. The software behind the camera is therefore better able to infer and predict events at the intersection. The same is true for weather; AI cameras are better able to cope with adverse weather, as machine vision needs consistent lighting to be effective. If networked, AI cameras are also able to optimize traffic patterns to plan for roadway and pedestrian traffic. If it knows several large trucks are headed in the same direction, it can create a convoy that secludes these vehicles from other types. Or if it knows a large group of pedestrians is headed to an intersection, it can work to clear many vehicles from the pedestrians' path to reduce the potential for accidents or waiting.

In additional, AI can be used to recognize registration numbers, vehicle makes and models and even estimate vehicle speeds, which should help enforcement, and also serve as a deterrent to aggressive driving.

Light detection and ranging (lidar) is a remote sensing technology that uses laser light to detect and measure objects. Lidar can measure the distance between objects, as well as their shape, size and other physical characteristics, and can be used in conjunction with AI-enabled cameras to improve traffic flow.

There are several advantages to using lidar traffic cameras over traditional traffic sensors. First, they can see around corners and obstacles, making them ideal for monitoring city streets. It amplifies the amount of data offered to the AI, and ultimately increases the effective range of the camera. This allows for more accurate detection and tracking of vehicles. In addition, lidar can be used to measure the speed of vehicles. This information can be used to adjust traffic signals and other traffic control devices.

Second, they can capture high-precision 3D measurements of their surroundings, giving the AI a better understanding of distances and vehicle sizes. This information can also be fed in a digital model, which traffic engineers and analysts can use to simulate scenarios for construction work, detours, capacity projections and more.

The benefits of lidar traffic cameras have already been demonstrated in a number of pilot projects around the world. In one project in Las Vegas, a network of lidar traffic cameras was used to create a real-time map of traffic conditions. This information was then fed into a self-driving car, which was able to navigate the city with little human intervention.

In a future where the majority of passenger cars are driven by computers, the vehicles will need to have immense sensing and computing power. Yet they will also be highly dependent on smart infrastructure, such as AI/lidar cameras, for over-the-horizon route planning and decision making. To make self-driving autos a reality, these types of cameras could be a necessity at busy intersections.

Lidar traffic cameras can help to improve the efficiency of on-street parking by automatically detecting and counting vehicles as they enter and exit a parking space and directing drivers to areas with more parking. If the AI recognizes that a non-resident vehicle has entered a city zone, and then doesn't appear before another AI camera, the system can assume the vehicle found parking.

This information can be used to better understand how spaces are being used and how long vehicles are staying parked. And also help meter maids dish out tickets to vehicles that have overstaying their welcome.

The cameras can also measure the size of vehicles to ensure that they fit within the confines of a space. This information can be used to provide guidance to drivers on which spaces are suitable for their vehicle type.

AI and lidar systems are more expensive than the legacy systems at the moment; however, lidar systems are coming down in price, and the more autonomous functionality of these advanced systems could mean cost savings for years into the future.

As the costs come down, and the advantages of AI cameras become more widely known, it is likely that AI and lidar will increasingly be adopted for traffic management

While AI-enabled cameras and lidar are not a new technology, their implementation for traffic management is still developing. Cities that have implemented these systems are seeing improvements in traffic flow and can better manage resources with the data collected by these systems. With the advent of autonomous vehicles, it is likely that AI and lidar will become even more important as they play a larger role in transportation.