Cars, sensors and the IoT in the smart city 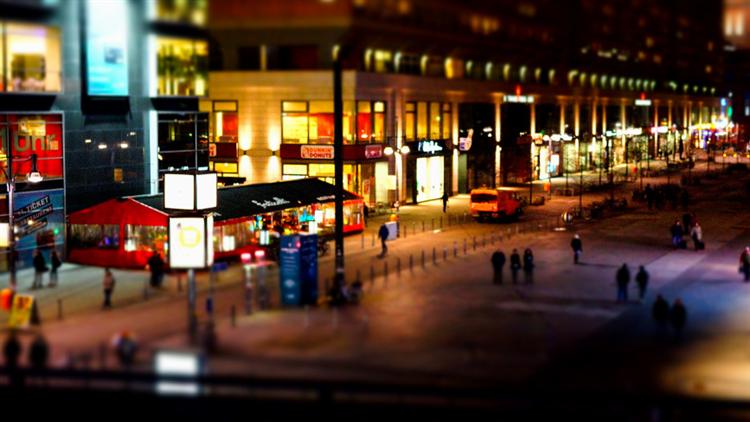 Forget the smart home. Smart TVs, fridges and light bulbs might make our lives more convenient by a small margin, but arguably, the true potential of sensors and related IoT technology lies in smart cities and cars. These could change the way most humans live for the better, improving resource efficiency and overcoming many of the problems cities face. After all, 56% of the world’s population lives in cities now and this is set to continue rising.

But are the sensors and technology behind smart cars and cities ready for showtime? Let’s run through their capabilities before going on to answer this question.

IoT technologies get their name because they’re devices that remain constantly connected to the internet, and they use that connection to perform more functionality than their traditional, non-connected counterparts. They can continuously collect data and feed it back to the central server and make that info available from anywhere with a data connection. Plus, they often contain sensors to collect more data.

The dream of the smart city is a city filled with infrastructure that contains devices capable of processing information about their surroundings and use that to boost efficiency and safety, and improve the quality of life for a city’s residents. This is often linked to environmental aims including reducing energy consumption, but the benefits don’t stop there.

Sensors in the streetscape

In the context of smart cities, sensors can figure out how people interact with a city’s infrastructure and utilities. This can make them more adaptive to an environment in real-time and meet the goals outlined above. Plus, all kinds of data can be collected to help planners improve a city in the long run.

Smart meters can track energy consumption in buildings, so smart grids can react to this information to meet energy needs more efficiently. Smart waste management can ensure waste bins, which are monitoring refuse levels and transmitting it to a server, don’t overflow, and waste collection teams can be responsive to those needs. Smart air quality monitors can monitor community pollution levels, and authorities can trigger warnings and alerts when a nearby wildfire is creating a low air quality index level.

Sensors can also be attached to street lighting so that it adjusts its brightness based on how many people are around, rather than operating based on a simple on-off system that remains the same each day. Similarly, smart traffic lights can change their patterns based on the current traffic flow to ease gridlock and keep vehicles flowing. The former helps to keep people safe, while the latter reduces emissions and may even help discourage dangerous driving.

Just imagine the kind of data that can be collected when all of this activity is combined — especially if machine learning algorithms are used to analyze it. AI can identify patterns or run simulations about the possible impacts of different infrastructures, and urban planners can use it to continuously improve cities.

Meanwhile, the street furniture is no longer just a passive entity with a single use. Each is monitoring different data points that create an overwhelming amount of information, sometimes called "big data" due to its immensity. But once processed by AI and trained analysts, insights emerge to create a city that is safer, uses less energy, is more convenient to travel through, and generally more responsive to basic civic needs.

[Get more insights like this in the Industrial IoT newsletter.]

Cars bring all kinds of problems to cities. First, cities are practically designed for cars. The majority of land use in a city is often dedicated to roads and vehicle parking. It was a necessary response as the Boomer generation moved their families to suburbs.

One potential solution to at least some of the above challenges are integrating sensors and wireless networking to vehicles, a concept called vehicle-to-everything (V2X). These smart cars will automatically feed infrastructure networks with data like weather conditions, accidents, roadway congestion, road surface condition, pedestrian density and more. As a result, traffic engineers can route rush hour through a detour to avoid an accident. Or emergency services are notified where an accident occurs the moment it happens.

Vehicles classes, like trucks or buses, can be platooned together and prioritized against other vehicle types. It also makes it more convenient to shut down streets for block parties and events, if a networked infrastructure is giving autonomous vehicles or drivers the options ahead of time. Overall, V2X can make transportation and residential life more harmonious.

V2X is also likely to be critical to autonomous driving, which several automakers are researching and developing. Although still a ways off, it will provide the additional environmental data advanced driver assistance systems need to become reality.

Is the smart city ready?

If your phone or laptop breaks down or encounters an issue from time to time, it may be annoying, but chances are that it’s not putting anyone’s life at risk. The same can’t be said about things like vehicles and traffic lights. If something goes wrong with an autonomous car, it has the possibility of causing pedestrian fatalities. But how reliable is the technology we have today?

A serious barrier smart cars face is that roads are built for humans, and things that are simple for us to understand can be challenging for sensors. Take road signs — while it might be possible to train an AI to read road signs, it’s far more challenging for it to identify a sign that’s poorly lit or partially hidden by a tree or snow.

One essential technology to make this possible is light detection and ranging (LiDAR), which uses pulsed light waves to give a vehicle a complete 3D picture of its surroundings, regardless of the light and weather.

For smart sensors to reach their maximum capabilities in cities, the networks supporting them will need to be infallible, high-bandwidth, low-latency, wireless connections. In today's age, this is probably best served by a 5G connection. However, the rollout of 5G cellular networks has been limited so far, and the relatively short range of its wavelengths requires more antenna density than previous protocol generations. This could mean that some areas end up being far smarter and more advanced than others.

And that means that a matured smart city is still years, perhaps even decades, away.

Bring on the smart revolution

As people increasingly flock to cities, the way we structure smart cities (and how we move around and between them) can significantly impact the quality of life for the average person. Clearly, planners face plenty of hurdles.

David Cotriss is an award-winning writer of over 500 news and feature articles on business and technology. His website is davidcotriss.com.