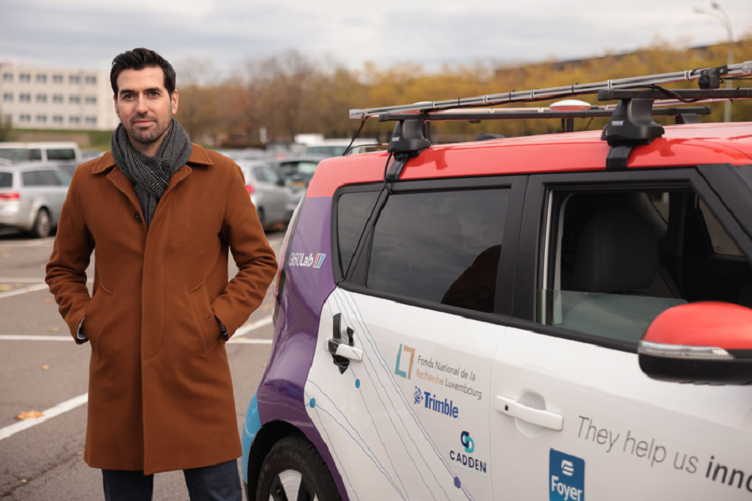 Researchers from the University of Luxembourg are testing the first single-family autonomous car on the streets of Luxembourg with members of the public as passengers.

Specifically, the team is testing navigation technologies and high definition maps at the University of Luxembourg’s Interdisciplinary Centre for Security, Reliability and Trust (SnT)’s 360Lab.

The 360Lab is the first thematic research laboratory focusing on smart mobility in the U.K. and servers as an umbrella to conduct collaborative research in mobility innovation.

Part of the testing involves creating HD maps of the region with road signs and markings traditionally given to drivers as they navigate to their destination. The maps are the basis for autonomous navigation and are exponentially more detailed than standard definition maps, the University of Luxembourg team said. The map was completed in collaboration with Civil Maps.

As part of the research, the team wanted to gain authorization for a single-family car to drive on Luxembourg roads as part of a path for autonomous vehicles to become ubiquitous in the region and later in the U.K.

“Autonomous driving holds the potential to create a mobility ecosystem that is both safer and more sustainable. Full autonomy will be a paradigm shift in mobility, improving traffic and reducing congestion by reducing the number of vehicles,” said Raphaël Frank, a professor at the University of Luxembourg. “Our mission is to have a research platform where we demonstrate the technology of autonomous mobility that we can use for research and education. Today’s demo achieves this goal as it is the first-time members of the public get to experience the functionality of the car first-hand.”

The testing follows work being done by other autonomous vehicle vendors such as Waymo, Cruise Automation, Baidu, Pony.ai and many more that have already started testing of autonomous vehicles in the U.S. and China. Other startups have begun testing in parts of Europe as well.