The fusion of the internet of things and 5G networks 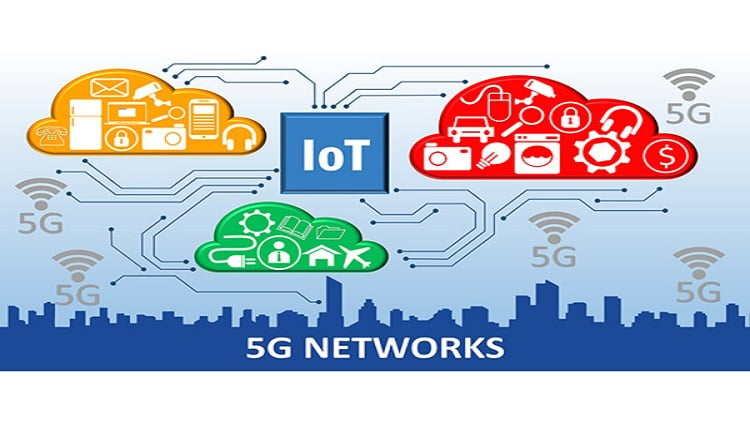 Emerging technologies like the internet of things (IoT), big data and the fifth generation (5G) cellular network have altered the world in the past decade, enabling "anything, anyone, anytime, anyplace" to become a reality. Networking protocols and numerous technologies are employed by IoT to capture and deliver real-world data for usage in IoT applications. Massive amounts of data are generated by these devices, which have increased size, speed, variety, quality and heterogeneity all at the same time. IoT is also being propelled forward by the development of 5G networks. Connecting billions of sensors via the internet is predicted to be possible because of 5G's wider coverage, lower latency, faster throughput and connection density with high bandwidth.

Convergence between intelligence and the internet of things is what 5G IoT is all about. Conventional IoT links devices and processes with the internet and incorporates a huge number of network-connected elements. These linkages can be envisioned in the form of a smart human who aims to construct highly functional gadgets or agents for complex applications like natural language processing, objection recognition and smart control. Such objectives can currently be addressed through the use of machine learning and deep learning.

Due to advancements in the protocols and standards for data exchange in 5G networks, the "intelligent internet," which straddles the line between the internet and intelligence, has improved its capacity to communicate. It has been argued that millimeter-wave (mmWave), machine-to-machine communications, and massive multiple input-multiple output capabilities can be used to help 5G networks adapt to IoT. As a result, sensor networks that are both homogenous and heterogeneous may link a large number of sensors and contribute greatly to the development of sophisticated and intelligent services for humankind.

[Get more insights like this from our IoT newsletter]

This new notion of 5G IoT can not only serve conventional IoT applications but also intelligently automate traditional IoT. The following is a list of potential uses:

5G IoT represents a new approach to doing things with the ability to communicate wirelessly and through artificial intelligence technology. There are many potential disciplines and applications that are benefitting from this technology. IoT sensors may now be installed on vast scales and massive amounts of data can be mined using 5G cellular network technologies, which challenges the communications and data mining technologies. It is the goal of 5G IoT to create a world where physical items and information networks are seamlessly connected for a range of uses, such as smart cities.