Tesla's 'Megapack' batteries aren't a fire hazard, but lithium sure is 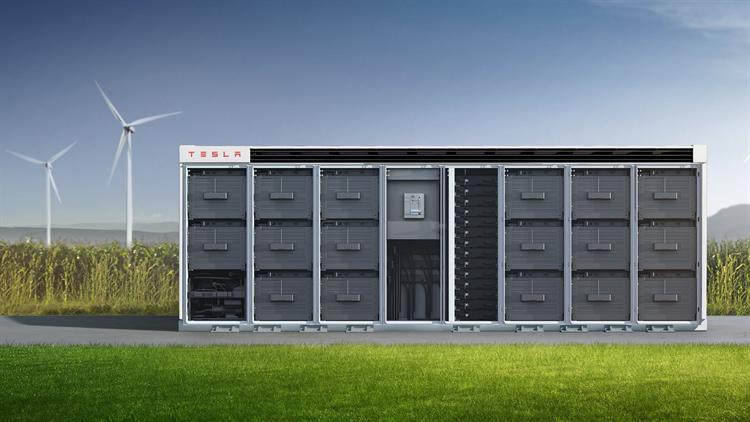 Tesla Motors Inc. has gradually spread its wings beyond just electric vehicle (EVs). Tesla Energy is a natural extension of the brand, given that the energy storage technologies found in EVs can be scaled up to provide storage for homes, business and utilities.

As Tesla Energy, the company manufactures and sells large batteries which are called Megapacks. These are assemblies of lithium-ion (li-ion) battery cells, which are targeted for renewable energy applications.

A few weeks ago, a Tesla Megapack caught fire at a PG&E utility electrical substation in California. There were no injuries and damages appeared to be limited to one Megapack out of 256. It is another notable example of a Tesla battery in thermal runaway, after there have been many in recent years.

However, is this an issue with Tesla batteries? Or lithium-ion batteries at large? The answer may surprise you.

What are Tesla’s Megapack batteries?

[Get more analysis like this in our Alternative & Renewable energy newsletter.]

The benefits of Tesla’s big batteries include their extremely high capacity, which allows them to store large amounts of energy and their ability to discharge that energy quickly when needed. This stored electrical energy can then be released back into the grid as needed. The battery system is made up of many cells, each of which contains a positive and negative electrode separated by an electrolyte.

When there is a sudden demand for energy with little supply (such as during a power outage), the battery can release its stored energy very rapidly. This is made possible by the fact that the cells in the battery are connected in parallel, allowing a large amount of current to flow quickly.

The power output of a Tesla big battery can be controlled using software, which makes it possible to tailor the discharge rate to meet the specific needs of the grid. Tesla’s batteries come in various sizes, from 100 (kWh) to the largest battery pack that Tesla has produced to date, which is the 3 MWh Megapack. The Megapack batteries are just one part of the company’s larger push into the energy storage market. Tesla also produces smaller battery packs for homes and businesses, as well as solar panels and home charging stations.

The drawbacks of Tesla’s big batteries include their high cost, which can be several thousand dollars per kWh. Additionally, Tesla’s batteries require regular maintenance and replacement of the cells, which can add to their overall cost.

Storing power, whether it be by a conventional means such as batteries, or less convention means such as gravity towers, will be critical to moving the world towards cleaner energy courses.

What caused the fires?

Lithium-ion batteries have a volatile, flammable electrolyte that helps them store and release energy. This electrolyte is highly combustible, and if it's exposed to high heat or an ignition source, it can easily catch fire.

Lithium-ion batteries continue to be the mainstay power storage technology for a number of reasons, including:

However, the operational nature of li-ion makes it difficult to contain at times. With each charge and discharge cycle, the battery experiences a chemical change that manifests as a slight geometric change. The battery grows ever-so-slightly larger and smaller with each use.

This exerts repetitive loads on the electrical and thermal connects with the the battery cells. If the battery experiences an electrical short, or loses some of its ability to exhaust heat, it increases the chances for an electrical arc to set the electrolyte on fire, or for the battery pack to overheat. This releases more chemical energy, which in turn creates more heat, and eventually leads to thermal runaway and most likely a fire.

Tesla uses cooling equipment to keep its batteries from overheating. And in at least one instance, a cooling system failure resulted in a Megapack's thermal runaway.

However, nothing indicates this is a Tesla-induced manufacturing or installation issue. It is a known limitation of li-ion technology and a major reason why alternative chemistry and power storage methods continue to be researched.

Lithium-ion batteries are used in a wide variety of devices, from cell phones to laptops to power tools. And they are also becoming increasingly common in in larger applications, like electric vehicles or renewable energy systems.

While the Tesla fires have brought increased scrutiny on lithium-ion batteries, it is important to remember that they are still relatively safe when used properly. With proper care and maintenance, the risk of a fire or explosion is very low. However, it is always important to be aware of the potential dangers associated with any type of battery.