GM’s robotaxi division to expand testing to Arizona and Texas 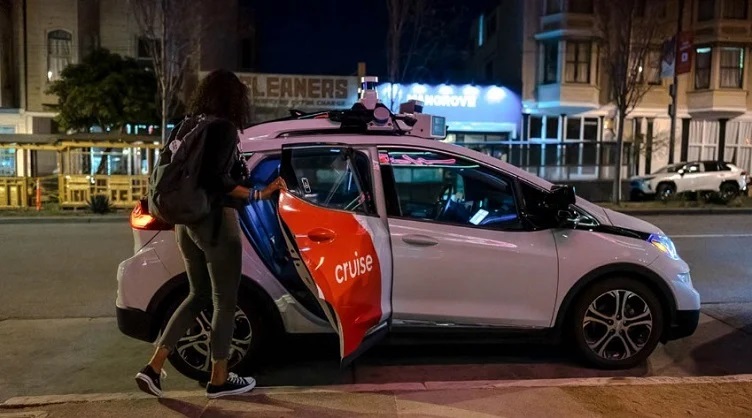 A San Francisco resident gets picked up by a Cruise Automation robotaxi. Similar services will soon be coming to Phoenix, Arizona and Austin, Texas as the company expands operations. Source: Cruise Automation

Cruise Automation, the autonomous vehicle arm of General Motors, will reportedly expand its driverless ride-hailing robotaxi service to Phoenix, Arizona, and Austin, Texas, before the end of the year.

An expansion to two additional cities would put Cruise on a similar path of other robotaxi vendors, including Waymo, Pony.ai and Baidu, which have already started multi-city testing of robotaxis.

While speaking at a Goldman Sachs conference, Cruise Automation executives said the unit aims to hit $1 billion in revenue by 2025. The Austin and Phoenix expansion will initially involve a small number of vehicles but will scale up operations in 2023.

Cruise has already done pilot testing in Arizona in a collaboration with Walmart to deliver groceries and other goods. That was using Cruise’s Origin autonomous passenger shuttle. The ride-hailing service in Arizona will likely use similar SUVs that have been involved in the San Francisco testing.

The company is not just limiting its testing to the U.S. In July, the company began digitally mapping the streets of Dubai in preparation for the company to launch robotaxi services in the city beginning in 2023. Dubai will be the first city in the world to commercially operate Cruise autonomous vehicles outside of the U.S.