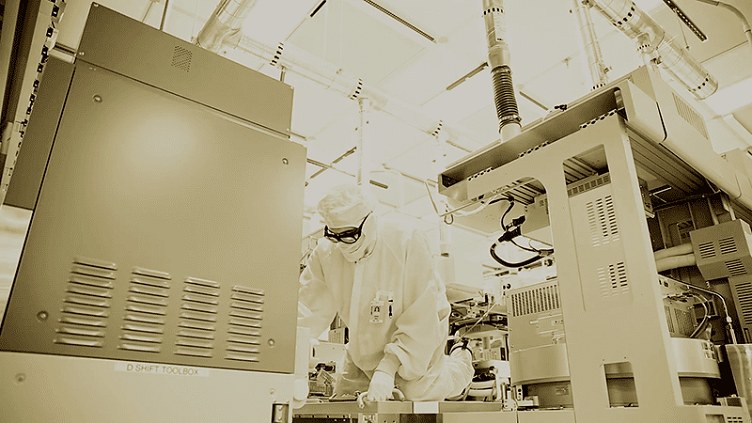 A engineer at Globalfoundries works in a clean room developing wafers. GF might be a company to take advantage of the incentives and tax breaks that the CHIPS Act for America will provide. Source: Globalfoundries

A key test was passed in the bid to accelerate domestic semiconductor manufacturing as the Senate passed a bill that contains the CHIPS Act for America.

The $280 billion measure will bring federal grants and tax breaks to companies to construct chip manufacturing facilities, also called fabs. The legislation will direct Congress to increase spending on high tech research programs, R&D and other technological developments to help America stay competitive against countries such as China, Taiwan and Korea.

Inside the bill resides the CHIPS Act, which will provide $52 billion in incentives and funding for companies to build new semiconductor fabs in the U.S.

The U.S. House of Representatives is expected to vote later this week to bring the bill before U.S. President Joe Biden for signing.

“Senate passage of the CHIPS Act marks decisive progress toward strengthening America’s economy, national security and leadership in the key technologies of today and tomorrow,” said John Neuffer, president and CEO of the Semiconductor Industry Association (SIA). “We greatly appreciate the bill’s Senate champions for advancing it, commend today’s strong bipartisan vote, and urge the House of Representatives to swiftly follow suit and send the CHIPS Act to President Biden’s desk to be signed into law. The stakes are high, and the time to act is now.”

The U.S. has fallen behind in its support for semiconductor manufacturing. Despite 54% of global chips being designed by American companies in 2021, the U.S. only manufactures 12% of all semiconductors globally.

If nothing is done to correct the situation, this will decline to 10% in the coming decade, according to the SIA. As America and other regions failed to keep up with demand for chips, semiconductor manufacturing aggregated in Taiwan, South Korea and China as these governments offered substantial incentives, placing the U.S. and other countries at a competitive disadvantage.

The hope is that the CHIPS for America Act will help to attract companies to build new fabs to help even out the supply chain so when the next global pandemic hits or geopolitical issues emerge, the supply chain will be more balanced.

The SIA said the CHIPS Act will:

While the bill will certainly encourage companies such as Intel and Globalfoundries to continue to scale semiconductor manufacturing in the U.S., other chip makers are interested as well.

Both Samsung Electronics, which is currently building a new fab in Taylor, Texas, and Taiwan Semiconductor Manufacturing Co. (TSMC), which is building a new fab in Arizona, have lobbied Congress to allow foreign companies to participate in the CHIPS Act to receive incentives and funding, signaling they too may build more chip fabs in the future.

Engineering Newsletter Signup
Features the top stories, latest news, charts, insights and more on the end-to-end electronics value chain.
This email is already in use. Please sign in here
Click here to skip or ad will close in 15 seconds
Advertisement
Weekly Newsletter
Get news, research, and analysis
on the Electronics industry in your
inbox every week - for FREE
Sign up for our FREE eNewsletter
Get the Free eNewsletter
Advertisement
Popular News
1.
The 5 best automotive innovations at CES 2023
2.
5 coolest automotive concepts at CES 2023
3.
5 trends not happening in 2023
4.
Food tech wows at CES 2023
5.
Infrared process improves electric vehicle battery quality, increases production rates 80%
Find Free Electronics Datasheets