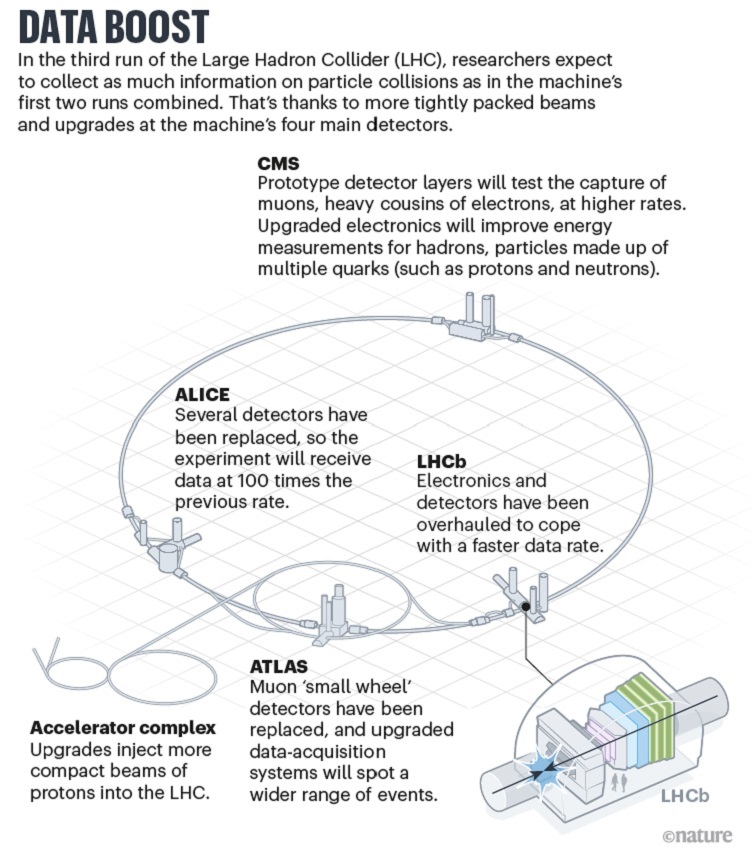 The Large Hadron Collider (LHC), the powerful particle accelerator located at CERN near Geneva, Switzerland, restarted on April 22, 2022, after a three-year shutdown for maintenance and upgrades. The reactivation launched Run 3, the LHC's third science run, which will perform experiments through 2024.

For its third run, the proton beams of the LHC will circulate at higher intensities and record energies. Physicists want to use the collisions to learn more about the universe at the smallest scales, and to solve mysteries such as the nature of dark matter.

During the scheduled long shutdown, researchers upgraded the accelerator complex, which generates and accelerates the particle beam. This included installing a new source of protons to replace technology that had been in use at CERN since 1978.

The LHC experiments’ detectors were also upgraded, enabling the facility’s electronics and computing system to deal with the greater collision intensity. In the Compact Muon Solenoid (CMS) and ATLAS experiments, the LHC will collide bunches of around 100 billion protons at a rate of 40 million collisions per second. Each one will produce around 60 proton-proton smashes — each of which will generate hundreds of particles. 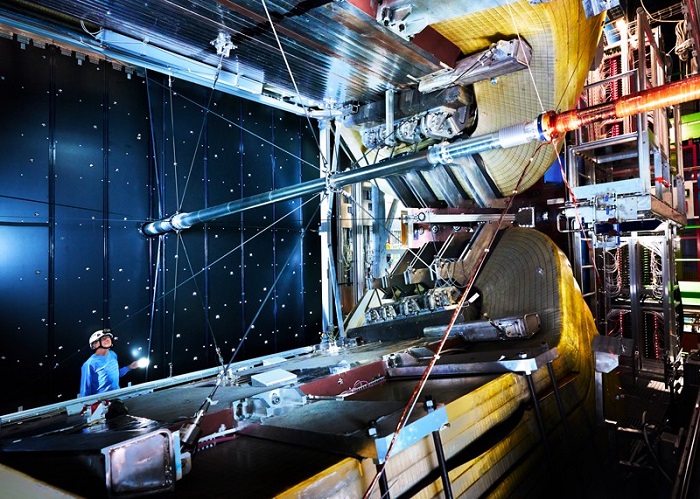 The beampipe of the LHCb experiment at CERN. Source: Maximilien Brice/CERN

More-compact proton beams will allow the LHC to maintain a peak rate of collisions for longer, enabling experiments to collect more data in this run than in the previous two combined. A collision energy of 13.6 trillion electron volts (TeV), up from 13 TeV in the previous run, raises the probability of creating heavier and unknown particles.

The CMS and ATLAS general-purpose particle detector experiments are expected to double their rates of data creation, the rate for the LHC beauty quark (LHCb) tests will be 10 times higher than it was, and A Large Ion Collider Experiment (ALICE) will aim to record 50 times as many collisions as before.