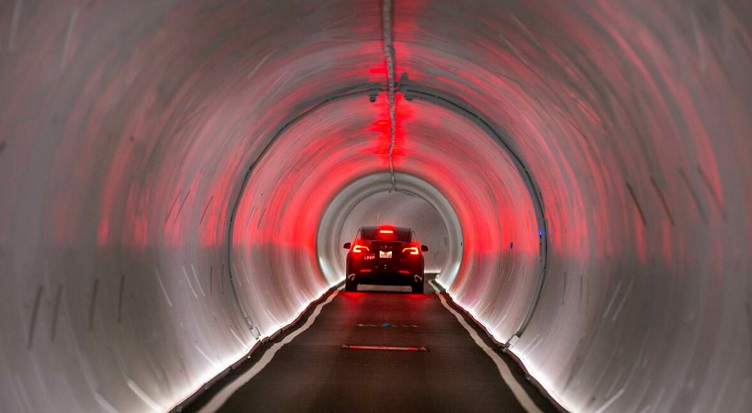 Tesla Model 3 and Model X electric vehicles are used to transport passengers along the Las Vegas loop underneath the city. Source: The Boring Company

The Boring Company has been approved to expand the Las Vegas tunnels where Elon Musk’s loop is used to transport people underground.

Last year, The Boring Company opened its Las Vegas hyperloop that included three passenger stations — the West Station, the South Station and the Las Vegas Convention Center, which functions as the middle point station. The Boring Company said it had plans to add stations stretching to McCarran International Airport, various hotels and casinos on the strip in downtown Las Vegas and to Allegiant Stadium, home of the Las Vegas Raiders.

While not considered a hyperloop project, which is originally what The Boring Company was established to construct, this loop uses Tesla Model 3 or Model X electric cars that travel up to speeds of 100 mph on paved roads in tunnels made by The Boring Company under Las Vegas.

The expanded tunnels would add a second lane underground so that twice as many vehicles could travel underground or have vehicles go in any direction simultaneously. The company envisions a final network of tunnels underneath Las Vegas that will span more than 34 miles and have more than 55 stations, said the Las Vegas city council.

The Boring Company said it will not rely on taxpayer funds for the project but will instead fund the project through its own money and will find owners that will pay for a station.

The Las Vegas city council said that this is not an exclusive deal, and any other monorail or other transportation body could be built in Las Vegas, which opens the door for other means of future transportation.

While the loop project in Las Vegas has been operating for a little under a year, a host of autonomous vehicle projects for mass transportation have also cropped up including Motional, the joint venture of Hyundai and Aptiv, deploying its robotaxis on the Lyft network for ride-hailing capabilities.