Cruise approved to charge for driverless ride-hailing in San Francisco 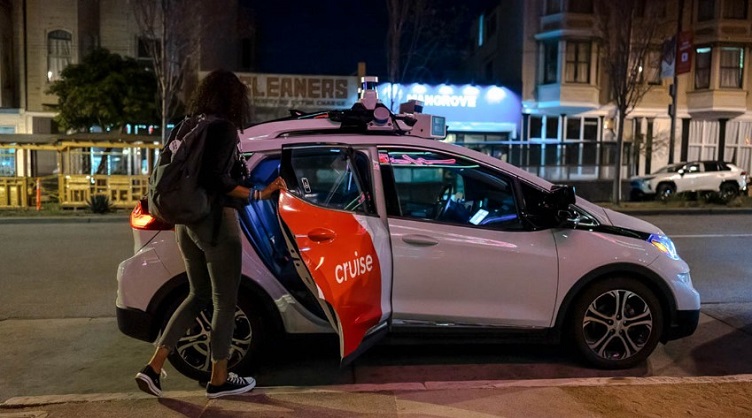 Cruise had approval previously for autonomous robotaxi rides with a safety driver, but this will be the first time it can charge for rides without a safety driver in the car. Source: Cruise

Cruise Automation, the autonomous vehicle division of General Motors, has been granted what it claims is the first-ever Driverless Deployment Permit granted by the California Public Utilities Commission (CPUC).

This will allow Cruise to charge a fare for the driverless rides that it is providing in San Francisco. Cruise said it is the first and only company to operate a commercial, driverless ride-hailing service without a safety technician in a major U.S. city.

Earlier this year, Waymo, the autonomous vehicle division of Alphabet, and Cruise were granted approval by the CPUC to collect fares from passengers for its robotaxis in California. But these were not completely driverless and had a safety driver in tow.

This new resolution is for driverless deployment of robotaxis without a safety driver present on select streets in San Francisco during the hours of 10 PM and 6 AM and Cruise can collect fares for the rides.

Cruise said it will begin rolling out fared rides gradually and will expand the service over time with feedback from customers and ensuring safety of the riders.

The approval of no safety driver robotaxi rides in San Francisco is a major milestone for the autonomous vehicle industry and the progress of the technology in the U.S.

The closest the industry has gotten to this point is Pony.ai and Baidu both testing driverless robotaxis without a safety driver in Beijing, China, which was approved by the government in April 2022.

The race to develop autonomous technologies is hitting new strides with many companies in the past few years expanding public testing and even some charging for the rides. Autonomous vehicles are likely to first make a splash here in the robotaxi/ride-hailing arena and then likely to move to commercial vehicles eventually.

How long this process will take is still under debate as the technology is still evolving, but it will likely be in the next few years considering the progress that has been made in the past few years with public street testing alone.

The CPUC said Cruise had satisfied the requirements for this permit including the submission of a reasonable passenger safety plan describing the strategies it has in place for protecting passengers in driverless rides.

The ride-hailing service is limited to overnight hours and will not be conducted on San Francisco’s dense downtown core. If Cruise wants to amend its plan to change the hours, geography, roadway type, speed range or weather conditions, the company must submit an updated plan.