Hyundai Motors to invest $10 billion for smart mobility in US 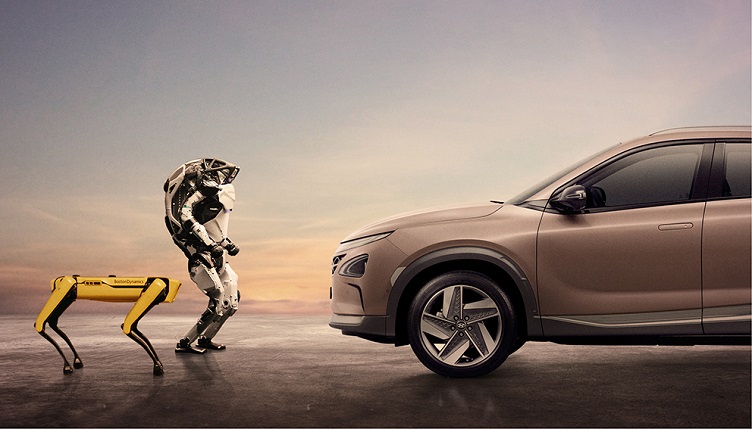 Robotics will be one of the investment priorities for Hyundai in its investment in the U.S. for manufacturing, industry and more. Source: Hyundai

Hyundai Motor Group is expanding its investment in the U.S. for smart mobility including the construction of its first electric vehicle (EV) and battery manufacturing plant in the country.

The company plans to invest more than $10 billion to accelerate the move to electrification as well as support carbon neutrality goals with new technologies including:

Specifically in robotics, Hyundai acquired Boston Dynamics, a maker of advanced robotics used in industry, manufacturing and mobility, and will work toward mass production of future products and enhancing product lineups.

Through its joint venture Motional, Hyundai is currently testing robotaxi services on public roads in the U.S. Motional plans to launch commercial services for robotaxis in 2023. Last year, the company unveiled its first commercial robotaxi after a pilot project was launched in Las Vegas.

Hyundai’s Supernal spinoff is working on air mobility including plans for both electric vertical takeoff and landing (eVTOL), flying cars that function as a car and aircraft, and vertiports where aircraft and delivery drones would launch from. The company was introduced in November of last year and commercial service from Supernal is targeted for 2028.

The new battery and EV manufacturing facility will be the first for Hyundai in the U.S. The plant will support Hyundai’s goal of transitioning to all-EVs in the U.S. market.

The $5.54 billion, 2,923-acre plant will be built in Bryan County, Georgia, and will break ground in early 2023. Commercial production is expected in 2025 with an annual capacity of 300,000 units. Hyundai said the facility is aimed at helping the company become one of the top three EV providers in the U.S. by 2026.

“The future of transportation is in the Peach State as we announce the largest project in our state’s history – delivering high-quality jobs on the leading edge of mobility to hardworking Georgians,” said Brian Kemp, governor of Georgia.