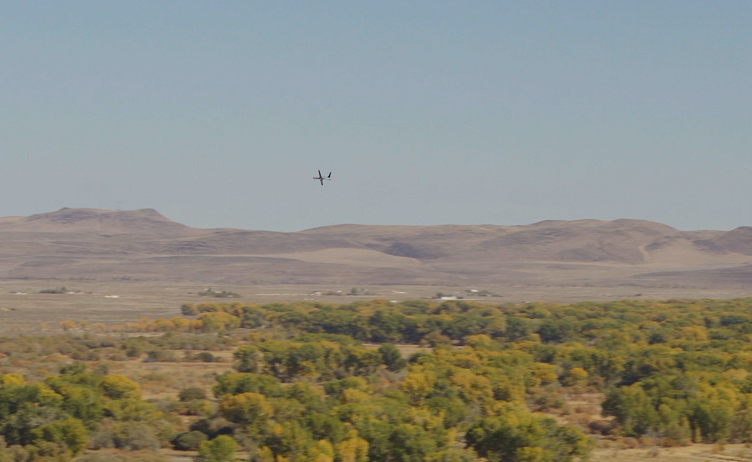 A drone flies in an unpopulated area as part of a test with the Reno Fire Department’s BVLOS trials. Source: RFD

The move could be a significant step toward adopting beyond the visual line of sight (BVLOS) operations for unmanned aerial systems (UAS) to fly over unpopulated areas before moving to urban areas.

BVLOS allows drone operators to conduct complex drone operations where the device flies beyond a point where the operator can see it. This could be through a camera attached to the drone or for autonomous flight operations without a pilot. While some companies are currently testing BVLOS using 4G wireless networks, the advent of 5G, the next-generation wireless technology, may accelerate the development of BVLOS as the technology would allow for intelligent identification and tracking of objects through cloud computing.

Iris Automation will work with the City of Reno and the Reno Fire Department (RFD) on the BVLOS operations. Each year, the RFD conducts about 41 water entry team (WET) rescues with 85% of them occurring on Reno’s Truckee River. About 10% of these calls occur in the dark with many requiring first responders in the water. The average response time for these missions last about an hour and include about 12 to 20 first responders.

Using UAS in a BVLOS capacity will help to save lives and reduce the resources needed for these operations as well as putting fewer fire department personnel at risk. This is one of the final phases of the FAA UAS Integration Pilot Program

“Getting to BVLOS is a significant milestone for search and rescue missions as well as for the safety of our employees,” said Dave Cochran, fire chief of the RFD. “Drones allow us to launch into flight safely at a moment’s notice, with new and more effective approaches to making our downtown river corridor safer while also saving time and money. This accomplishment provides a blueprint for other fire departments, public agencies and enterprises to utilize drones.”

Reno is part of the FAA Beyond program. This program is designed to help the FAA establish safety and performance standards for BVLOS operations by working with industry and public organizations. The goal is to receive real-world operational learning in the field to help with regulatory recommendations.

Previously, Iris Automation was selected for the FAA’s BVLOS Aviation Rulemaking Committee (ARC) to establish recommendations for drone delivery in a safe, scalable and economically viable manner. It is also taking part in the Canada Pathfinder Program, which will work to accelerate BVLOS approvals and regulatory approvals.