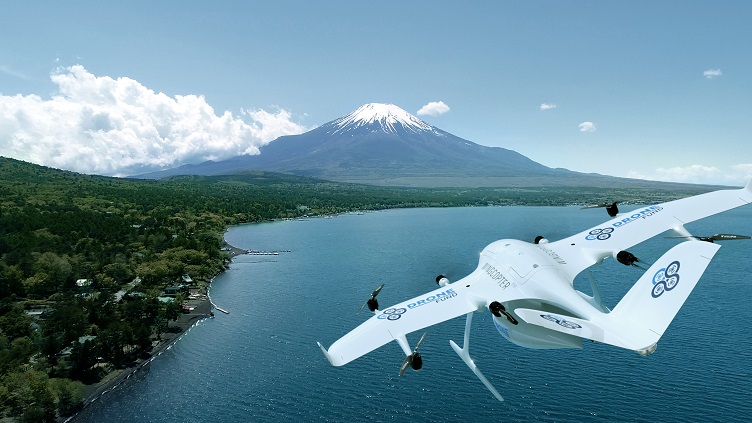 The Wingcopter 198 will be used by sogo shosha, a general trading company in Japan, to operate, promote and distribute the triple-drop delivery drone. Source: Wingcopter

The investment continues Wingcopter’s ties in Japan after last year signing a partnership with ANA, a Japanese airline, to build a drone delivery network for rural areas across the country. Trials of this agreement have already started.

Wingcopter has also signed a partnership agreement with Sogo Shosha, a general trading company in Japan, where the company will become part of Wingcopter’s Authorized Partnership Program (WAPP). This includes drone operators, resellers and agents that are trained and allowed to operate, promote and distribute what is claimed to be the first triple-drop delivery drone, the Wingcopter 198.

The Wingcopter 198 can carry payloads of 13 lb on one battery charge and travel more than 47 miles or 68 miles with less payload. The drone is targeted for middle or last-mile deliveries in rural or hard to reach areas such as islands, mountains or offshore platforms and ships.

Wingcopter said Japan is an attractive market for drone delivery due to the many different sectors of life and business that are in the region. Japan has also rolled out a national commercial drone roadmap to explore the potential use cases of unmanned aerial systems and delivery.

“This investment comes at a time when we are intensifying our efforts on the Japanese market,” said Tom Plümmer, CEO of Wingcopter. “We are convinced that the Drone Fund team will open doors, allowing us to bring drone delivery services to more customers in Japan and beyond. It also makes us really proud that we are the only eVTOL drone company in their portfolio of about 50 investments.”

Earlier this year, Wingcopter signed an agreement with Air Methods to launch a healthcare delivery network in the U.S. with the goal to improve access to medical supplies in quick fashion. The Wingcopter 198 drone would be used through Air Method’s existing infrastructure of more than 300 bases to serve hospitals in 48 states, mostly in rural areas.