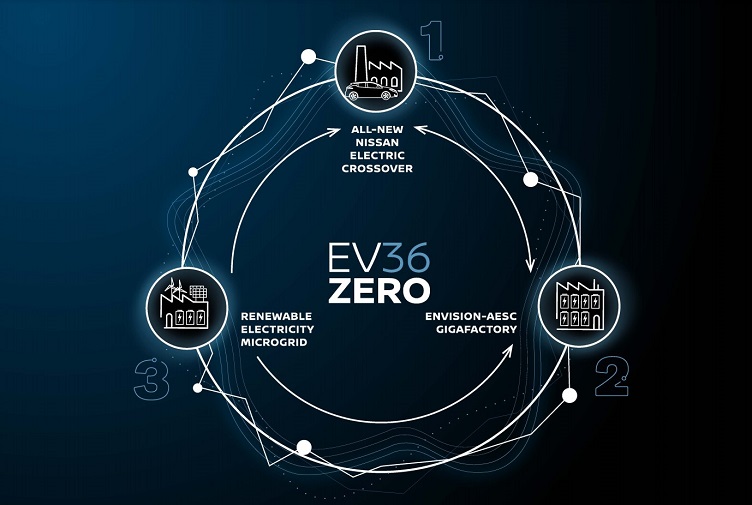 Called EV36Zero, Nissan will invest $1.38 billion bringing together EVs, renewable energy and battery production. Nissan said this will set a blueprint for the future of the automotive industry.

As part of the investment, Nissan will invest $582 million to produce a new generation of all-electric vehicles in the U.K. The production of the new EVs will be exported to the European markets and a new crossover will be built on the Alliance CMF-EV platform with a forecasted production capacity of up to 100,000 units.

The production facility in Sunderland will create 909 new jobs at the plant and more than 4,500 in the U.K. supply chain.

“Nissan's announcement to build its new-generation all-electric vehicle in Sunderland, alongside a new Gigafactory from Envision-AESC, is a major vote of confidence in the U.K. and our highly-skilled workers in the North East,” said Boris Johnson, U.K. Prime Minister. "Building on over 30 years of history in the area, this is a pivotal moment in our electric vehicle revolution and securing its future for decades to come.”

The new factory is slated to open in 2024, when the level of U.K.-made components in cars manufactured in the country starts to increase.

Electric will be the dominant models sold from all major OEMs in the next 10 to 15 years with General Motors making the decision in late January to phase out gas and diesel vehicles by 2035 and to sell only EVs. Ford followed this announcement as well, saying it would primarily sell electrified models. Volvo, Jaguar and Daimler have all said they will be primarily EV makers in the next decade.

Additionally, Ford said it planned to only sell EVs in Europe by 2030 as part of its commitment to transform the business to primarily EVs and become zero-emissions capable by the same time frame.