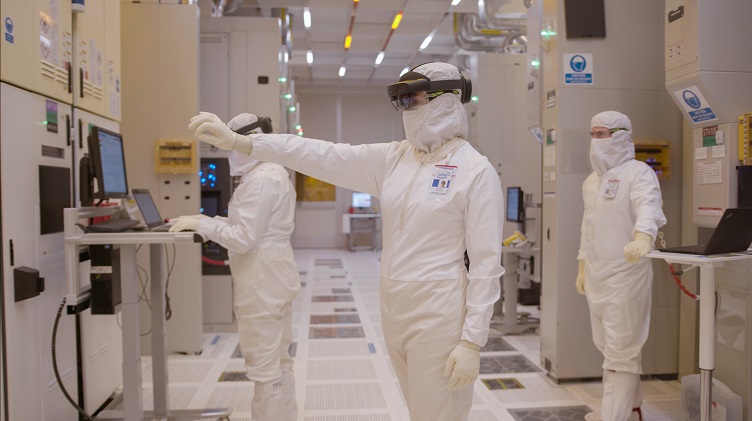 If U.S. wants to increase semiconductor manufacturing it means more than just adding capacity but also investing in R&D and control of the technology. Source: Intel

Intel Corp. hopes that one day American companies will manufacture about a third of all semiconductors domestically.

According to the Semiconductor Industry Association (SIA), the U.S. currently manufacturers about 12% of all chips made globally. If the supply chain remains the same or the situation worsens, this will more than likely decline to 10% or less in the coming years as more manufacturing capacity is built in other countries to meet demand.

Demand for semiconductors is at an all time high as more content is being put into devices, vehicles, appliances and everything in between. Over the next decade, it is forecast that semiconductor manufacturing will grow 5% leading to a boom in fab construction.

“I believe our moonshot should be that a third of the supply of semiconductors should be back on American soil by American companies,” Pat Gelsinger, newly appointed CEO of Intel Corp. told CNBC.

Gelsinger attended a special meeting with President Joe Biden this week (along with Alphabet, Ford and AT&T), seeking to find answers to the ongoing chip shortage gripping the supply chain and hitting the automotive semiconductor market hard. Congress sent President Biden a letter asking for his support and funding for the Creating Helpful Incentives to Produce Semiconductors (CHIPS) for America Act.

During President Biden’s meeting with electronics makers, he urged Congress to invest $50 billion in semiconductor manufacturing and research as part of a broader focus on restoring the U.S. to a manufacturing powerhouse. This would also go above and beyond what is being asked in the CHIPS Act.

“We want to have the R&D, the research, the ownership of the technology, not just the manufacturing by American companies on American soil,” Gelsinger told CNBC. “It isn’t just manufacturing, it’s control and influence on the total control and technologies that go behind it.”

Intel is already trying to up its presence in domestic U.S. chipmaking, investing $20 billion in two new fabs at its Ocotillo campus in Chandler, Arizona, with construction beginning immediately. Additionally, Intel will create a new foundry business model to provide chip manufacturing capabilities for U.S. and foreign fabless companies. The new factories will expand capacity for Intel’s current products as well as capacity for this new foundry model.

The call for a return of domestic U.S. semiconductor manufacturing comes as domestic chip vendors, industry organizations and the U.S. government seek to hedge bets against possible future geopolitical events, natural disasters or global incidents such as COVID-19.

TSMC is contributing to the increase in domestic chip manufacturing with plans to build a new gigafab in Arizona, investing some $35 billion. TSMC said it plans to spend about $100 billion in the next three years to grow its chip capacity in anticipation of demand increasing substantially.