To save time and installation costs, the Micro-Measurements' 4A series features pre-attached leadwires to 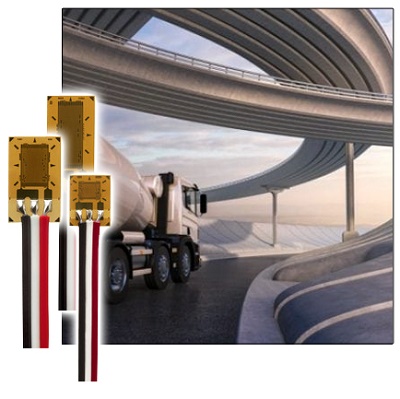 The linear pattern strain gauges are used to measure strain in a single direction. Linear pattern strain gauge sensors are used for both general use applications: fatigue testing, concrete testing, crack propagation and “dog bone” testing. Built with advanced sensors technology, a revolutionary enhancement in strain gauge manufacturing, Micro-Measurements’ C4A series is manufactured with tighter tolerances and improved gauge-to-gauge consistency. Visually identical to conventional strain gauges, many patterns of the C4A series can be used as a 1:1 replacement for familiar and commonly used gauges.