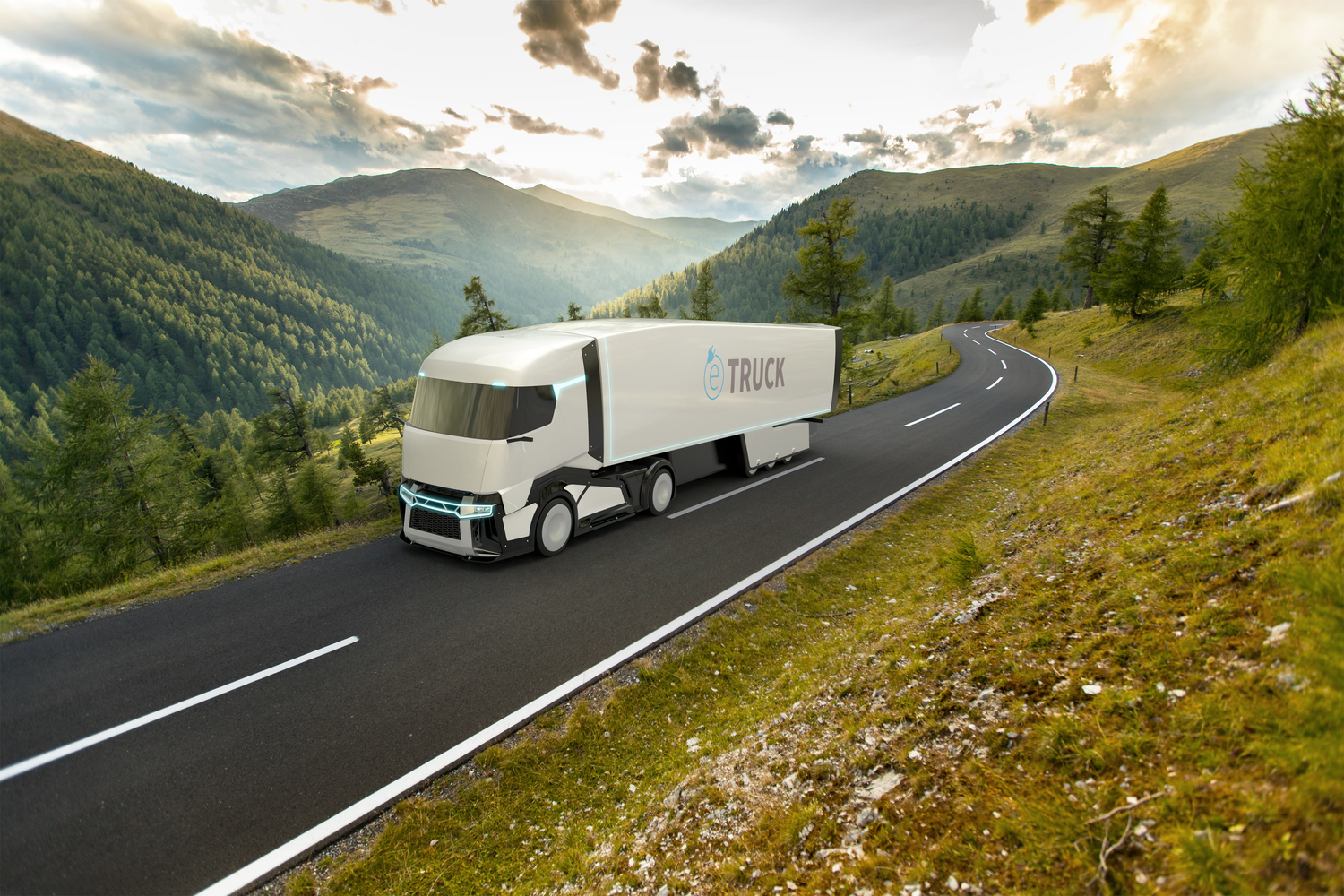 Figure 1: The commercial vehicle industry is moving toward drive train electrification. Source: InfineonThis article deals with the commercial vehicle sector in terms of CO₂ reduction, the technological drivers in the future for powertrain and it looks at modern semiconductor components based on silicon carbide (SiC), which enable the smaller, more efficient and more powerful converters. Even more than for passenger cars, no uniform scenario will prevail in this sector due to the different drive architectures.

Advantages and challenges of electric motors in commercial vehicles

The emission standards formulated in many parts of the world for the reduction of greenhouse gas and pollutant emissions in transportation have ensured that electric drives have come to the fore. In addition to passenger cars, an increasing number of commercial vehicles such as trucks, buses, vans or agricultural and construction vehicles are also being powered electrically. This makes them more environmentally friendly, quieter and more efficient than their predecessors with combustion engines. Electrified commercial vehicles are also attractive to owners and operators, in terms of cost of ownership, maintenance and malfunction. This results in higher productivity and better return on investment.

Important factors to consider when designing or selecting an inverter include power density, reliability, robustness, efficiency and security. Additionally, and particularly in the commercial sector, the long-term effect that harsh operating conditions may have on total life expectancy must also be considered. Generally speaking, the conditions are much more challenging than those faced by passenger cars. Developing inverters according to these criteria requires deep application knowledge, as well as a semiconductor portfolio that covers power and driver modules, sensors and microcontrollers. This is shown in the system diagram in Figure 2. 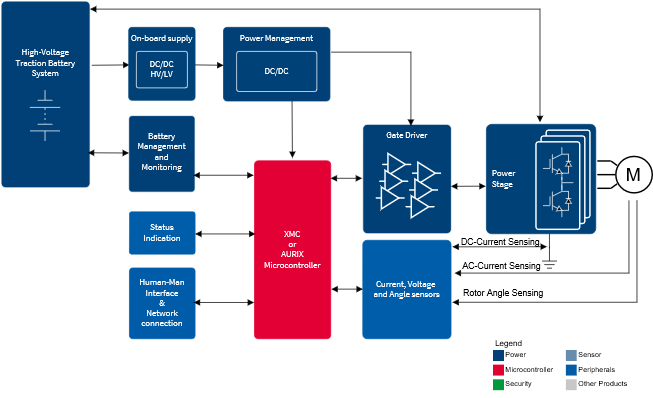 Even more than in most passenger car models, high range and long battery life are important in commercial vehicles. Since the battery also takes up a large installation space, there is a demand for power electronics with high efficiency. These enable the construction of more efficient traction converters, but they also save energy in smaller applications. These include hydraulic pumps, compressors in air conditioning and refrigeration units and on-board chargers. 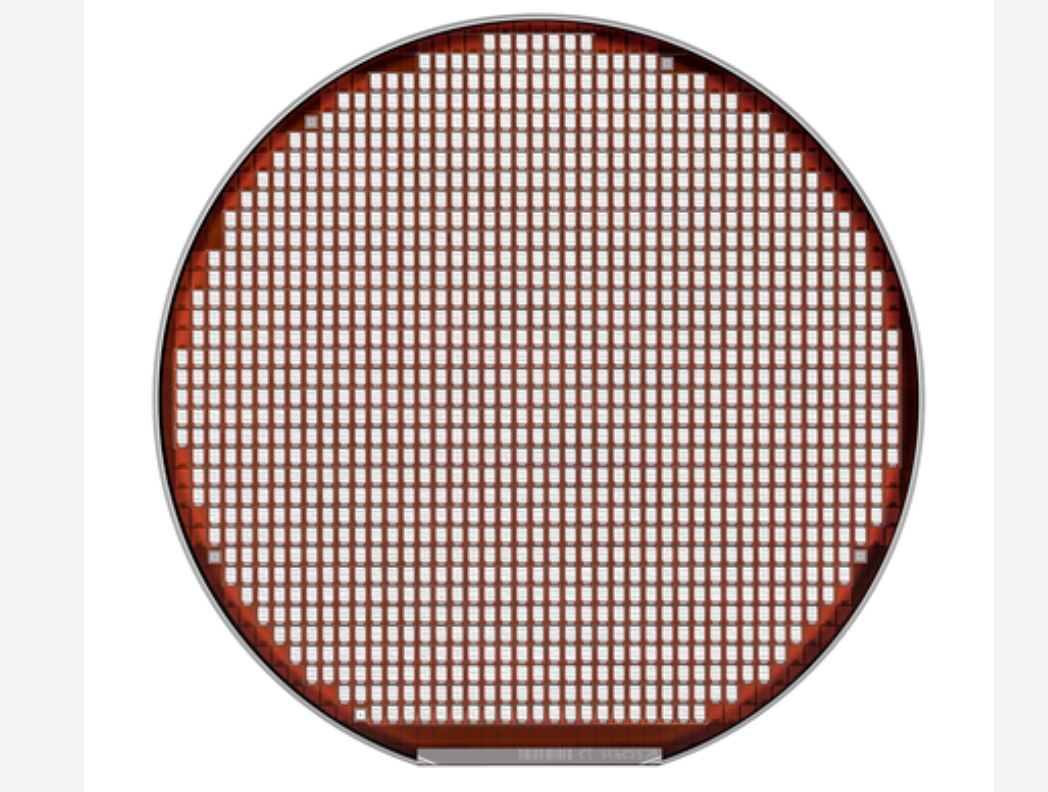 Components based on silicon carbide (SiC) offer significant improvements in these applications. In general, the technology incurs lower losses under the same load profile than power MOSFETs and IGBTs. This means they offer increased switching and current-carrying efficiency, advantages that come into effect at higher intermediate circuit voltages. Because of these attributes, SiC-based semiconductors are especially well suited to electric vehicles equipped with batteries that have higher voltages and total storage capacity. Additionally, because SiC devices are also able to operate at higher voltages, they can enable on-board charging solutions that deliver shorter charging times and lower total losses.

The inverter that controls the electric traction motor is a good example of a centralized system within a drive train. In terms of efficiency, these systems can benefit from using SiC components. The core function of the inverter is to convert a DC voltage into a three-phase AC voltage that is used to drive the motor. They also operate in reverse during regenerative braking, which captures the vehicle's kinetic energy to create a DC voltage used to recharge the vehicle's battery. The efficiency of the system can only be maximized when the losses inherent with energy conversion are low. Compared against conventional silicon, the improved conductivity of SiC components reduces these conversion losses, a large part of which is experienced in the form of heat. The higher efficiency of SiC-based inverters helps maximize the driving range of electric vehicles, making the most efficient use of the limited battery capacity. Besides their advantage in terms of efficiency, inverters based on SiC-based components also exhibit higher power densities. This means that SiC-based inverters can be made physically smaller, thereby requiring less installation space.

In order to meet the growing requirements of power electronic systems in electric vehicles with regard to increasing efficiency and power density, it is worthwhile to take a look at components made of silicon carbide. SiC-MOSFETs achieve lower losses, allow higher switching frequencies and achieve higher power densities than silicon components.