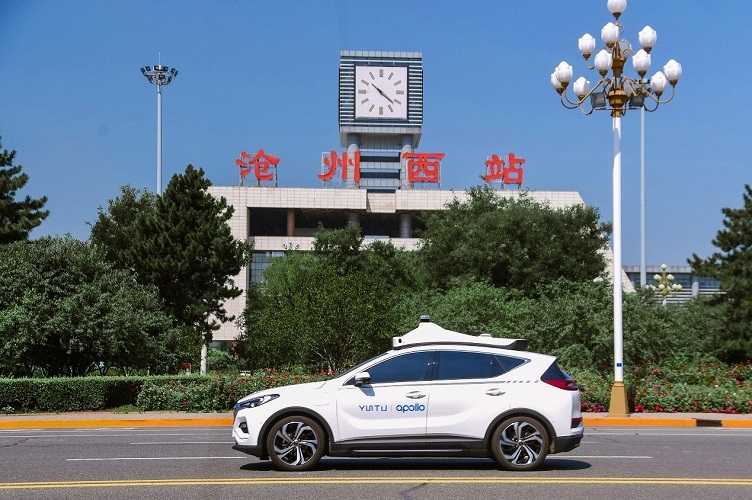 Baidu Apollo will be starting a robotaxi service in Beijing in about 100 different stops in the city traversing more than 400 miles. Source: Baidu

Baidu has launched a robotaxi service in Beijing, China, that it claims will encompass the largest area and longest road network for self-driving cars.

The area serviced in Beijing will run about 435 miles with nearly 100 pick-up and drop-off stations covering residential and business areas in Yizhuang, Haidian and Shunyi districts. Additionally, the robotaxi service has been opened to the public in cities including Changsha and Cangzhou.

The Apollo Go robotaxi service will launch 40 vehicles and consumers can use the service after registering on Baidu Maps or the Apollo website.

The move to implement robotaxis in China’s capital comes after years of testing the technology that began two and half years ago after becoming one of the first cities in China to regulate and open autonomous driving road test zones. Baidu said that Beijing ranked first in China for numbers of test license and vehicle categories as well as the diversity of test scenarios in 2019. Beijing also has stringent safety requirements for manned self-driving car tests in China, the company said.

China is the world’s leading car market and not surprisingly has become a hotly contested market for self-driving cars as companies are looking to take advantage of the established market for when the technology is ready to be commercialized. Companies are trying to get a foothold in China to compete against domestic vendors as well as international automotive OEMs. As a result, Baidu and Volvo signed an agreement two years ago to jointly develop autonomous vehicles using the Baidu Apollo self-driving platform that will be ported to Volvo’s future vehicles.

The Apollo platform is also powering the robotaxi services deployed in Beijing, which Baidu said marks a new stage of autonomous driving development in the country progressing from the research and development phase and manned road testing to large-scale operations of self-driving vehicles. Baidu said it plans to expand the technology to a wider range of users soon.

Baidu began its self-driving development in 2013 and in December of 2019 the company claimed 40 of the first batch of manned autonomous driving test licenses issued by the city. After eight months of manned testing, the robotaxi fleet completed road tests totaling 322,000 miles and obtained permission to enter the next stage — public operations.