According to NASA, the blanket of air in the sky reduces the radiation dose from “cosmic rays” — ionizing radiation originating in the cosmos — to about a thousandth of that in space. But anything orbiting above 122 kilometers (the point at which NASA Mission Control determines the space boundary begins because it is the height where aerodynamic drag becomes negligible) loses that protection and is subject to damaging high-energy particle winds. 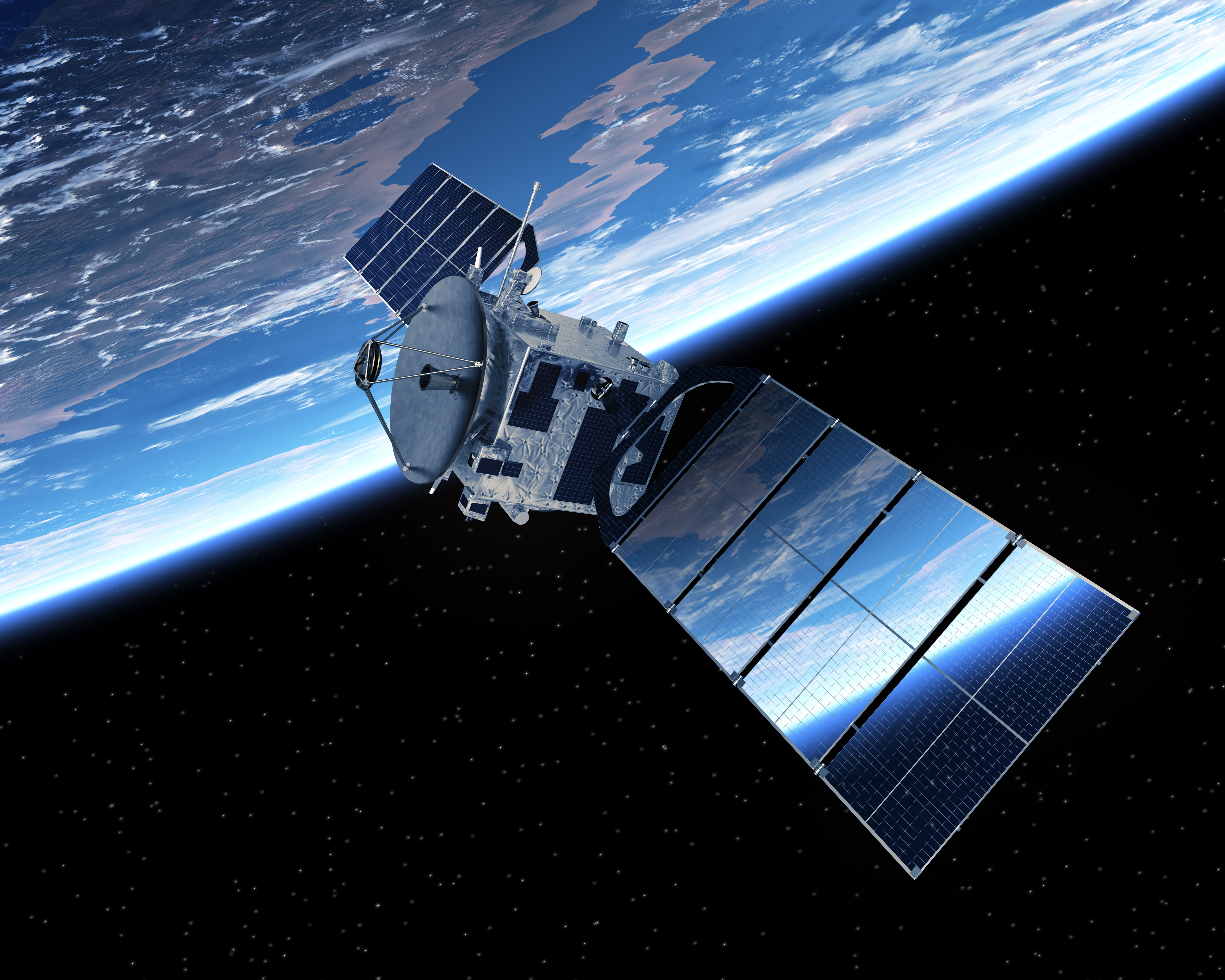 The source of much of this radiation is shrouded — a leading theory is that it originates in supernovae — but what is known is that it comprises a mix of atomic particles such as protons and electrons accelerated to near the speed of light together with gamma- and X-rays. The other major sources of ionizing radiation, also comprising both particles and electromagnetic radiation, are the sun and regions of the Earth’s magnetic field known as the Van Allen belts. Altogether, this makes for a particularly uncompromising environment for spacecraft.

Cosmic rays and other ionizing radiation have a lot of energy and on impact with man-made materials act like tiny bullets, causing damage. A typical individual impact creates negligible harm, but the cumulative effects gradually degrade the material until something gives. Higher doses accelerate the cumulative effect. On occasion, impacts of very high energy particles striking an especially vulnerable area can cause major damage or even catastrophic failure.

For conventional semiconductors, ionizing radiation doses are measured in units called “Rad(Si).” The unit considers the “linear energy transfer” — how much (damaging) energy is deposited by the particle into the impacted material as it passes through — that the different types of ionizing radiation have on silicon. The low ionizing radiation dose ICs receive on the ground (typically less than 1 rad(Si) a year) is unlikely to cause failure, but it is a very different scenario for the electronics aboard a spacecraft. There, long-term reliability depends on clever design and manufacturing techniques to ensure that the devices are both “hardened” and shielded to prevent premature failure.

The amount of radiation to which space electronics is exposed varies according to the application. For example, a computer buried deep inside a satellite in low Earth orbit (LEO – defined as up to 2,000 km from Earth but in the majority of cases below 1,000 km) receives significant protection from the craft itself as well as the planet. In comparison, electronics on the outside of a satellite in geostationary orbit (35,750 km) will be subject to a much higher dose due to less shielding and the additional impact from particles trapped in the Van Allen belts.

The cumulative damage from radiation received by an electronic component during its lifetime can cause failure in a number of ways, including voltage threshold shifts, leakage current increases, timing anomalies as well as functional failures. Manufacturers typically specify a threshold (the TID in krad(Si)) below which proper operation is assured.

To make matters a little more complex, some components exhibit greater degradation or failure at lower TID levels than expected when exposed to the low dose rates of space compared to the very high dose rates used to accelerate radiation tests for parts qualification on the ground. This so-called enhanced low dose rate sensitivity (ELDRS) can mean, for example, that components passing TID testing at a rate of 100 rad(Si)/s and a cumulative dose up to 100 krad(Si) on Earth may fail at less than 20 krad(Si) when exposed to radiation dose rates more typical of space (for example, 0.01 mrad(Si)/s).

ELDRS was found to be a particular problem with some bipolar devices, most notably lateral PNP transistors. Now that the problem is better understood, manufacturers of radiation-hardened devices have extended their test regimes to include more tests to determine the degree of immunity to ELDRS such that the TID measured on Earth is matched to that achieved in space.

In addition to TID and ELDRS, space-borne ICs are subject to transient events from occasional impacts from much higher energy ionizing radiation. These SEEs are typically caused by a single, high-speed charged particle such as a heavy ion and are classified by the amount of energy dissipated as the particle deaccelerates on impact. The damaging energy is proportional to the “stopping power” of the material the particle is plowing through. This in turn is proportional to the material density and is reflected in the SI units used to measure SEE of energy/density (MeV/(mg/cm2). SEE not only causes additional general degradation, but also data corruption, memory state changes, latch-up or even burnout or gate rupture.

Engineers tasked with designing space electronics systems first have to assess the likely magnitude of TID and SEE to which their application will be exposed during its lifetime. Armed with these figures, the engineer then needs to work out how to ensure that the electronics of the spacecraft will survive during its time in space.

Engineers typically combine two established methods to safeguard the electronics: select radiation-hardened components and additional protection with shielding (whether purpose designed or by using the fabric of the spacecraft itself) — an approach known as “hardening by design.”

Most radiation-hardened chips are based on commercial equivalents but with some manufacturing and design variations to significantly reduce the physical damage and the susceptibility to electronic interference from ionizing radiation. Such techniques include insulating substrates, use of vertical bipolar transistors instead of metal-oxide-semiconductor field-effect transistors (MOSFETs), adopting radiation-tolerant static random-access memory (SRAM) and employing error-correcting memory software.

VPT of Blacksburg, Virginia, offers proven electronic components for LEO, high Earth orbit (HEO), geostationary orbit and even deep space program applications that have seen continuous development for over two decades. Among these are families of radiation-hardened isolated DC-DC converters and non-isolated point of load (PoL) converters, and radiation-immune EMI filters in varying TID and SEE levels. The products are designed, tested and proven for the challenging environment of space.

The company is certified to MIL-PRF-38534, Appendix G, Radiation Hardness Assurance (RHA) for Hybrid Microcircuits and Multichip Modules, based on its Radiation Hardness Assurance Plans on file with the U.S. Defense Logistics Agency (DLA). The certification represents a set of well thought out test specifications and procedures that achieve the high-quality and high-reliability objectives set by the U.S. Department of Defense.

VPT’s certification is based upon review and approval by the DLA, U.S. Air Force, NASA, U.S. Navy and U.S. Defense Threat Reduction Agency (DTRA). In addition, VPT is the only supplier currently able to offer products designed and manufactured in accordance with Aerospace Corporation’s Technical Operating Report (TOR) requirements.

Recently, VPT announced enhancements to its SVLFL and SVLTR series DC-DC converters. The most significant improvement is further improved radiation hardening; the DC-DC converters now feature TID of 60 krad(Si) (doubled from 30 krad(Si) compared with the previous series) and SEE of 85 MeV/(mg/cm2) (increased from 44 MeV/(mg/cm2)).

SEE is particularly a challenge for DC-DC converters because not only can the high-energy impacts damage the devices themselves, but they can also cause transients at the converter outputs that might lead to destruction of downstream components such as power MOSFETs. To overcome this problem, VPT’s DC-DC converter design ensures protection for external devices during any transient.

The increase in TID and SEE brought by the new products allows their use in a wider range of applications. With previous TID capability of 30 krad(Si) and SEE of 44 MeV/(mg/cm2), the DC-DC converters were well suited to LEO applications, but the higher ratings now extend their suitability to HEO and geostationary spacecraft too. Moreover, the higher ratings ensure that VPT products are suitable for mission-critical or manned-missions where the safety requirements are much higher than for LEO or unmanned spacecraft.

The VPT DC-DC converters are switching devices operating at a frequency of 525 kilohertz (kHz), set at the factory for optimum performance. The voltage converters provide a positive and negative output voltage relative to a central rail with up to 70% of the total output power available from either. An internal voltage regulation loop actively regulates the positive output using VPT’s proprietary magnetic feedback technology (which eliminates the use of optocouplers, thus enhancing long-term reliability) while the negative output is regulated by cross-regulation. The converters will regulate down to zero load, and no minimum load is required.

The DC-DC converters are designed to operate in a stand-alone configuration for most applications, requiring no external components to meet datasheet specifications. Built-in input and output L-C filters limit voltage and current ripple, and noise. Additional capacitors can be added if further reduction in output ripple is required.

The SVLFL and SVLTR series employ an output soft-start function to ramp the output in a controlled manner, eliminating output voltage overshoot and limiting inrush current at turn on. The soft-start function is active whether the module is turned on with an application of input voltage or from release of the inhibit pin. The devices also provide output overcurrent and output short-circuit protection. During a load fault condition, the converter’s duty cycle is adjusted to limit the total output current to approximately 125% of rated value. Recovery is automatic and rapid on removal of the fault condition.

The dangers to man-made products in the vacuum of space are unrelenting. Stripped of the protection afforded by the planet’s blanket of air, spacecraft are constantly bombarded with high energy particles and electromagnetic radiation. This constant pounding takes its toll with not only gradual degradation but also with the ever-present risk of catastrophic damage from a single impact. But the experience gained over years of space engineering by companies such as VPT has led to increasingly robust electronics, capable of powering spacecraft reliably for many years.

And the technology does not stand still. Increased knowledge, such as a better understanding of the effects of ELDRS, leads to enhanced products like VPT’s new generation of hardened DC-DC converters. With these new converters, surviving at the final frontier just got a little easier. Visit VPT’s website for more information.