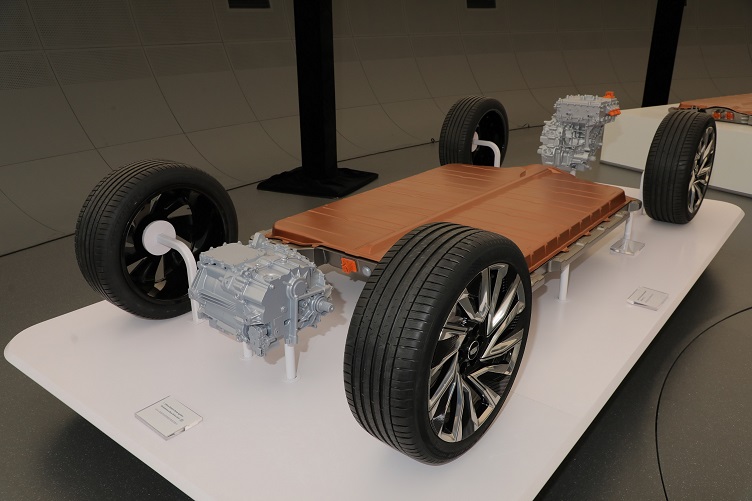 The electric vehicle global platform that will be used to broaden GM’s EV presence in China. Source: GM

General Motors (GM) said it plans to add 5G capability to new Cadillac models and most Chevrolet and Buick vehicles being sold on the Chinese market.

The news comes as the automotive OEM announced its rollout plan for electrification, intelligent driving and connectivity in China. The region is the global leader in automotive sales and the largest market for electric vehicles (EVs) with more than one million EVs sold in China in 2019, according to the International Energy Agency.

Earlier this year, GM gave a sneak peak into its future technologies including a global EV platform, its Ultium battery systems and next-generation EVs to be launched in China. The company said it plans to invest more than $20 million in electric and automated vehicles by 2025.

Adding 5G to vehicles will allow the cars to update over-the-air to receive up-to-date connected services.

GM said that more than 40% of its new launches in China in the next five years will be electrified models that will be manufactured in China with most of the parts coming from local suppliers. The Ultium battery system and global electric platform will integrate GM’s technology advances with local manufacturing and supply chain in China.

“We will enhance local integration and global collaboration by capitalizing on China-leading market trends and playing to the local industry’s strengths,” said Julian Blissett, GM executive vice president and president of GM China. “We are ready to activate a new era.”

Additionally, the company plans to accelerate the development of China-specific solutions for intelligent connected vehicles with the first vehicle-to-everything (V2X) program set for launch later this year with the Buick GL8 MPV for the Chinese market. GM also plans to use big data, artificial intelligence and smart cities’ technology for future use in its vehicles.