Sensors: The eyes of aircraft automation

Those were some of the last words uttered by the flight crew of Pakistani International Airline (PIA) Flight 8303 after the pilots miscalculated their first landing attempt. 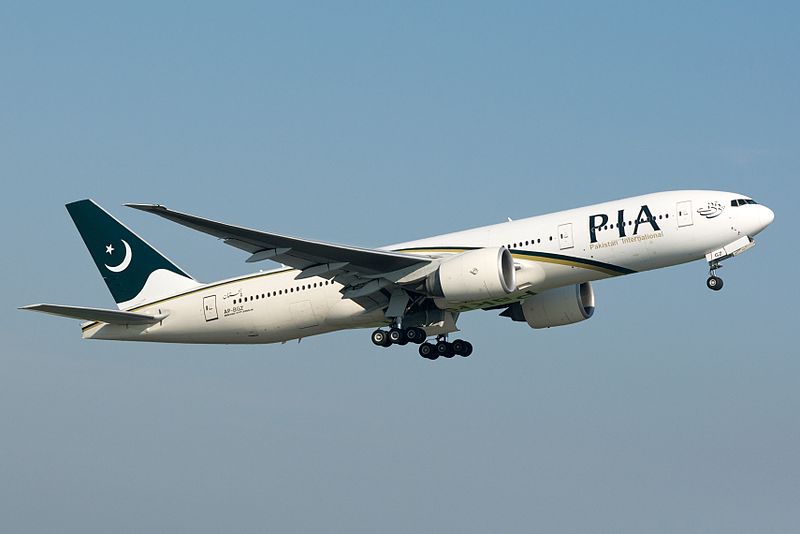 A sensor issue doomed PIA Flight 8303. Source: BriYYZ / CC BY-SA 2.0PIA Flight 8303 would never land. It crashed in a residential area during its runway reapproach to Jinnah International Airport at Karachi, Pakistan, killing 97 of 99 people on board.

It would later become apparent that the flight crew attempted to initially land the aircraft when the landing gear was not fully extended. The aircraft was renowned for its design redundancies to eliminate situations like this.

Plane spotters later shared photos of the aircraft that indicated a dual engine failure had occurred, resulting in the crash. Investigators from the Pakistani Civil Aviation Authority later observed two unusual black skid marks on the runway, created by the plane's engines scraping the pavement, caused by contact with the runway on its first landing attempt.

This accident should have never happened, as all modern jets incorporate sensors that detect if the landing gear position is stowed or extended. In fact, the extensive use of sensors has created highly safe aircraft that are nearly autonomous, to an extent that all flight time between take-off and landing is coordinated by a computer.

The need for sensing technologies 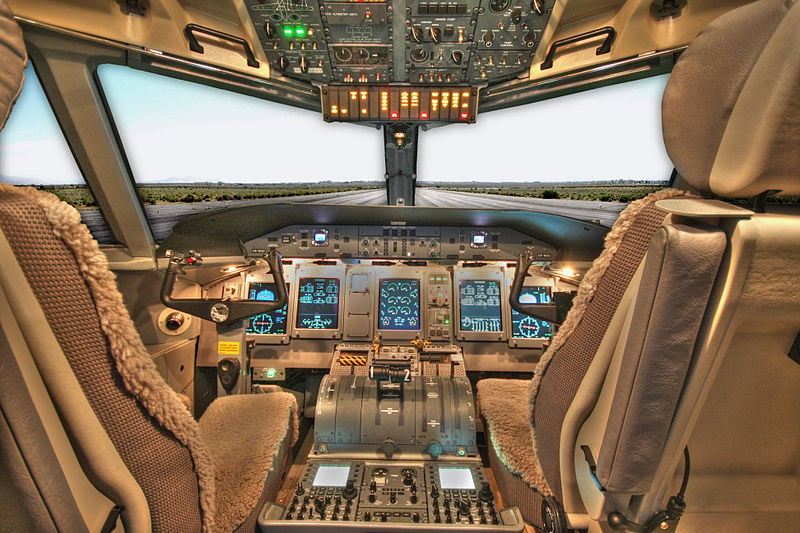 A modern day airliner has more instruments than pilots can keep track of.

The challenges of flying an aircraft is evident when airline accidents are attributed to human error, specifically by the flight crew. It is a strain to monitor all the gauges in the cockpit, interpret their interrelation to each other, and then operating specific controls in challenging environments. As aircraft became more complex, it was not sustainable and safe.

This problem is corrected by automating the monitoring, control and reporting of practically all of the aircraft systems, to lessen the workload of the flight crew. This requires an array of sensors that would monitor the position of components, temperature, pressure, fire, air leak, smoke, hydraulics and even lavatory fluid levels.

The use of sensors and automation ultimately enabled manufacturers to design larger aircraft, wherein the human limitations could not operate.

The sensors detect the necessary input from its location and transmit the signal to its associated system’s computer. After decoding and interpreting the data, it will be forwarded to a centralized computer, known as the centralized fault display interface unit (CFDIU), which relays the information to screens in front of the pilots. The majority of the computers involved in this process are either installed in the avionics rack behind the flight crew or in the avionics compartment located below the cockpit floorboard

In the hydraulic system, a level sensor is used to monitor the hydraulic fluid quantity inside the reservoir in real time and detect if fluid quantity is below a safe level. A pressure sensor is also installed downstream of the hydraulic pumps to detect output pressure which is generally set at 3,000 psi for most passenger aircraft and 5,000 psi for larger and newer aircraft such as the Airbus A350. Since one of the functions of hydraulic fluid is to absorb heat, the system is installed with a temperature sensor in its return line to measure the temperature of the fluid before it returns to the reservoir.

In the doors system, proximity sensors are installed to target components called shoot bolts that protrude from the door structure to the airframe structure. This gives a display output to the cockpit display unit that the associated door is closed and locked. 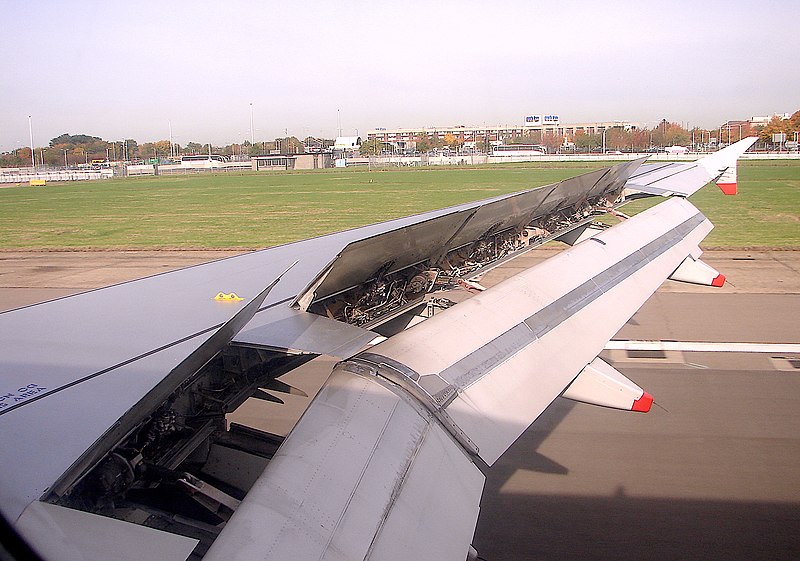 In the flight control system, proximity sensors are installed to detect and transmit the position of the flaps, slats, aileron, rudder and elevator. This enables the operation of the auto-flight system by transmitting the position to the auto-flight computer to be used as data before commanding the flight controls to move via hydraulic actuators. This is a continuous cycle of sensing, transmitting and movement to enable auto-flight, which is made possible by the proximity sensors.

Level sensors are installed to monitor the fuel quantity and detect if it is below acceptable level. This fuel is then supplied to the engine by fuel pumps whose output is monitored by pressure sensors. The fuel tank is also installed with a temperature sensor to make sure that temperature is kept below icing conditions. 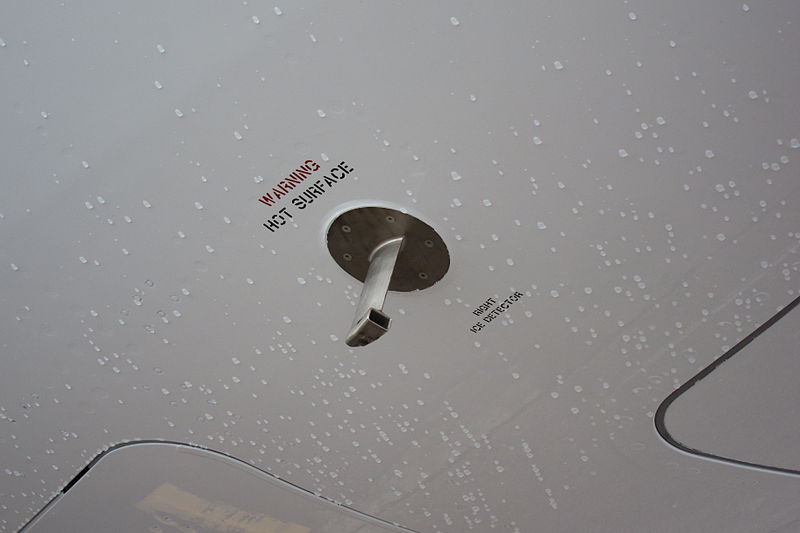 For aircraft operating in an environment susceptible to icing conditions, the ice and rain protection system is designed with an ice detector. The detector's computer transmits a signal to a sensor embedded in a component protruded outside the skin of the aircraft.

If the signal is returned unaltered, the sensor infers there is no ice accumulation. However when there is ice formation, the signal received by the computer is different from the transmitted frequency.

Aside from a proximity sensor that detects whether gears are stowed or deployed, a similar proximity sensor which is sometimes called as weight on wheels (WOW) provides reference to the whole aircraft computer network whenever the aircraft is completely grounded as well as airborne.

Optionally, wheels can be installed with a tire pressure sensor to advise if nitrogen servicing is required. Lastly, the brakes are installed with temperature sensors to ensure that it remains in serviceable condition.

There is much less debate on the safety of air travel. The advancement of technology and the innovation in design has helped both pilots and maintenance engineers operate the aircraft in a level of safety that only space flight can exceed.

Innovations like sensors allow economic and cultural progress by means of safe air travel. Simply put, they are the eyes of the entire aircraft system.