Researchers from the University of Essex and the University of Texas, Austin created a triggerable and remotely controllable system for on-demand drug delivery. This technology could one day allow doctors to administer an entire course of drug treatment for life-threatening conditions, like cancer, using a 3D printed capsules controlled by magnetic fields. 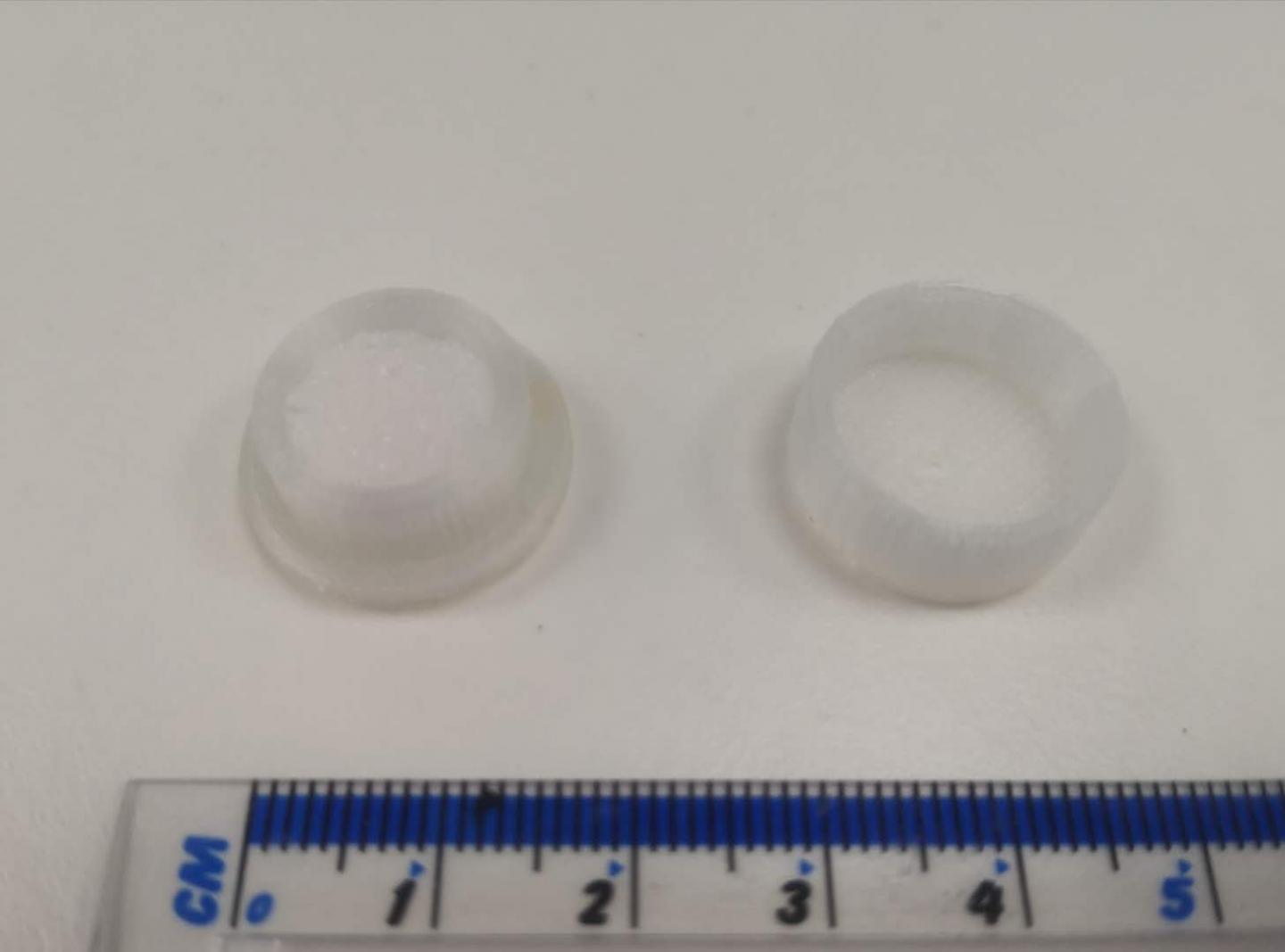 3D printed reservoir used for placing the magnetically actuated sponge and drug to be delivered upon applying a magnetic field. Source: University of Sussex

The system releases drugs by triggering magnetic fields to stop cancer cell growth in vitro using 3D printing technology and magnetic actuation. This would allow drugs to be applied close to the lesion. The targeted delivery with this system could help eliminate harmful side effects that are caused by other cancer treatments. The new device has a control that guards against inappropriate dosing, which commonly causes uncomfortable side effects. The device could create personalized drug treatment by loading drugs in a concentration and then releasing it within different dosage patterns.

The study found that the new device could provide safe, long-term, triggerable and utilizable way to administer localized disease treatments. It has great potential for cancer, diabetes, pain and myocardial infraction treatments. These treatments typically require variable release kinetics that can cause discomfort or inconvenience in current untunable monotonic drug treatments.

The tested device contained the anticancer drug 5-fluorouracil and was made of magnetic polydimethylsiloxane (PDMS) sponge cylinder and a 3D printed reservoir. The team tested the device on Trex cell growth. They achieved repeated localized drug releases by switching an applied magnetic field on and off. The varying intensity of the magnetic field caused the internal magnetic sponge to compress at different ratios, releasing a different amount of drugs at varying times.

Studies in vitro showed that the stronger the magnetic field was applied, the higher the drug release and the greater inhibition effects were seen on Trex cell growth. The team hopes that smart treatments like this will be available within the next 10 years.

This study was published in Colloids and Surfaced B: Biointerfaces.