BMW to use AI robots in automotive factories powered by Nvidia 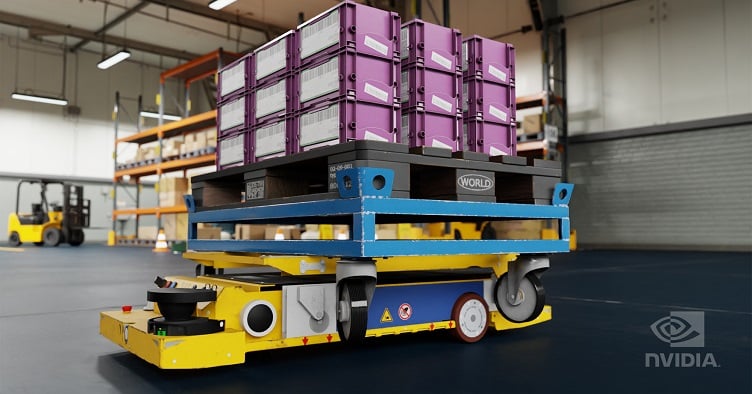 BMW’s goal is to improve logistics factory flow so that custom-configured cars can be produced more rapidly and efficiently. The system will be deployed to BMW factories worldwide. The robots will be based on Nvidia's end-to-end systems, with training and testing of the robots conducted using one software architecture running on the Nvidia open Isaac robotics platform.

Nvidia will supply its DGX AI systems and Isaac simulation technology to train and test the robots. Nvidia’s Quadro ray-tracing GPU will render synthetic machine parts to enhance the training and a new lineup of multiple-AI-enabled robots built on the Isaac development kit and powered by high-performance Nvidia Jetson and EGX edge computers will be introduced.

BMW said the challenge is that it offers more than 100 different options on its vehicles and with more than 2.5 million vehicles sold each year, it creates an immense strain on factory logistics. Optimizing this complex flow of supplier sites, 230,000 part numbers and materials can be better served by AI-powered robots to assist in the production process.

Five AI-enabled robots will be used to improve logistics workflows such as navigation robots to transport material autonomously as well as manipulation robots to select and organize parts. The robots will use deep neural networks that address perception, segmentation, pose estimation and human pose estimation to perceive its environment, detect objects, navigate autonomously and move objects.

Robots are trained for real and synthetic data using Nvidia GPUs to render ray-traced machine parts in a variety of lighting and occlusion conditions to augment real data. This data is then used to train deep neural networks on Nvidia’s DGX systems.