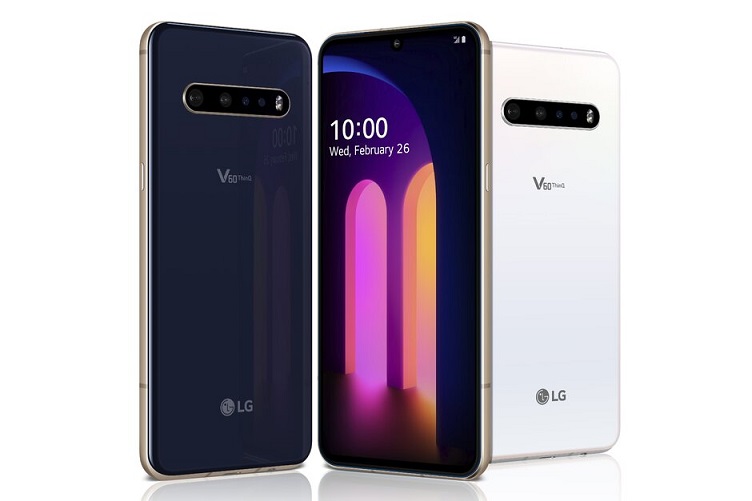 The LG V60 ThingQ 5G smartphone will be launched later this week through T-Mobile and AT&T. Source: LG

Powered by the Qualcomm Snapdragon 865 mobile processor, the LG V60 ThinQ 5G smartphone will run on the 600 MHz 5G network and is future-proofed to tap into mid-band spectrum.

The smartphone features a 6.8 in organic light emitting diode (OLED) display, a 5,000 mAh battery, an 8K video capable camera and a 10 megapixel camera.

T-Mobile’s 600 MHz 5G network is a low-band frequency that covers more areas, but does not offer the high speeds that many of the upper frequency bands of the 5G spectrum offer. T-Mobile claims its 5G network covers more than one million square miles, reaching potentially 200 million people. This means it could potentially have that many 5G users, but they would actually have to own a 5G smartphone and currently not that many people own 5G smartphones.

When the merger with Sprint closes, T-Mobile will add mid-band spectrum for higher download speeds, higher bandwidth and low latency.

Meanwhile, AT&T is pre-ordering the LG V60 as well with availability later this week and has expanded its 5G network to 20 new markets. That brings a total of 100 markets that now have 5G capability on AT&T’s network.

AT&T said the LG V60 ThinQ 5G is FirstNet Ready, allowing first responders to tap into the power of FirstNet, America’s public safety communications platform. These devices are tested and approved to operate with services using the FirstNet LTE network core and gives public safety access to the critical capabilities such as the AT&T LTE network including Band 14 spectrum.