Greenhouses can use solar cells to become energy neutral

Researchers from North Carolina State University found that greenhouses could become energy neutral with see-through solar panels to harvest energy. The solar panels gather energy from wavelengths of light that plants don’t use during photosynthesis. The transparent solar panels allow most of the photosynthetic band light to pass through and reach the plants while using other light waves to gather energy. Most energy use in greenhouses comes from heating and cooling. 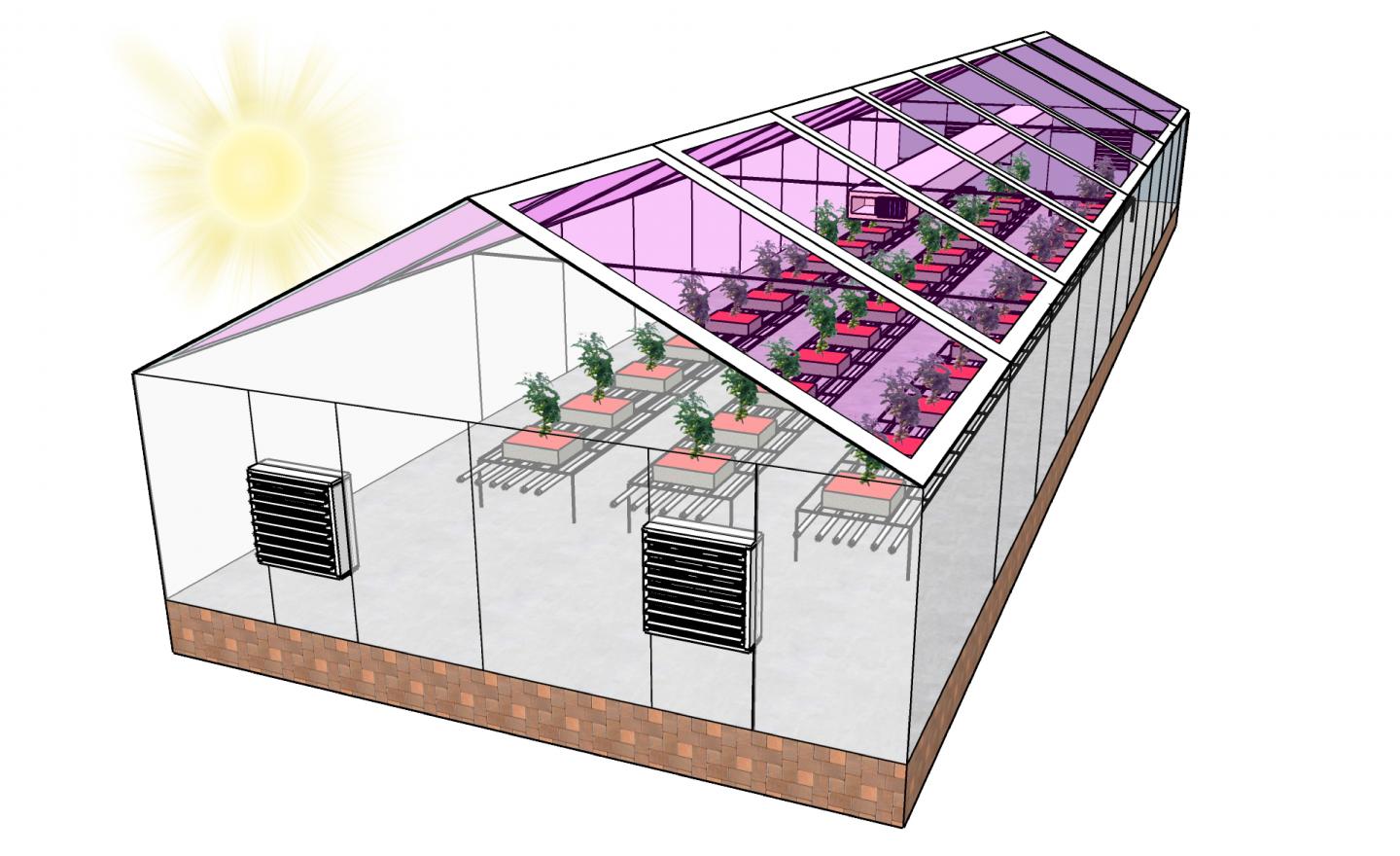 Many greenhouses could become energy neutral by using see-through solar panels to harvest energy - primarily from the wavelengths of light that plants don't use for photosynthesis. In some places this could make greenhouses energy neutral, or even allow them to generate enough electricity to sell it back to the grid -- creating a new revenue stream for growers. Source: Brendan O'Connor, NC State University

The team used organic solar cells because they allowed researchers to tune the spectrum of light that the solar cells absorb. The team used a computational model to estimate how much energy a greenhouse could create with this method. They also used the model to find if the amount of energy produced would be enough to operate the greenhouse.

To test the model, it was tasked with estimating energy use for greenhouses growing tomatoes in Arizona, North Carolina and Wisconsin. The model calculated the energy load needed to maintain the optimal temperature range for tomato growth.

A paper on this study was published in Joule.