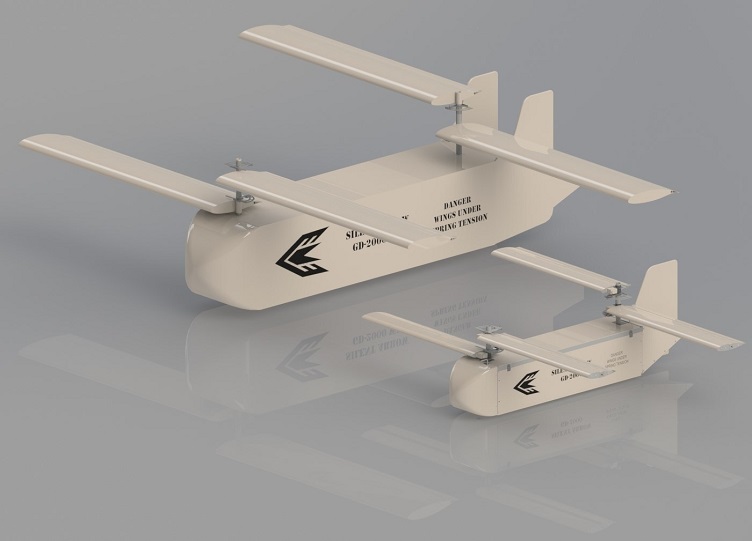 The larger version of the Silent Arrow compared to the standard version. Source: YEC

Yates Electrospace Corp. (YEC) has completed the design and specifications for the wide-body version of its unmanned cargo delivery drone, which is capable of hauling 1,250 lbs.

The wide-body version of the Silent Arrow GD-2000 is 60% larger than the standard version with a 140 cubic feet cargo bay that can support up to five times the capacity of supplies, medicine or tactical cargo than its predecessor.

The wide-body Silent Arrow weighs about 2,000 lbs and can haul up to 1,250 lbs. The drone can fly about 36 miles and features a 48 ft wingspan with four spring-deployed wings.

"With two launch customers on hand, our accelerated schedule delivers development units by the end of March 2020 and 10 flight test units throughout the second and third quarters of 2020,” said Yates.

Previously, YEC unveiled a flight-ready version of the Silent Arrow delivery drone in September 2019 and has distribution agreements with 34 territories including the EU, the U.K., Australia, Singapore, South Korea, Israel, Brazil and India.

The drone is designed for both fixed-wing and rotorcraft deployment of needed supplies, cargo and fuel for both tactical resupply and humanitarian/disaster relief markets.

YEC will unveil the wide-body Silent Arrow at the Farnborough International Airshow in the U.K. in July.